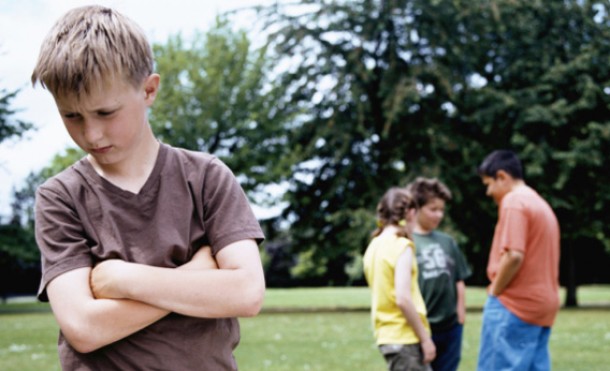 Dr. Paul Roud is a clinical psychologist and adjustment counselor. This article is part of a larger piece from Teaching Tolerance magazine (Fall 2012 issue), a project / publication of the Southern Poverty Law Center.

The two teachers who asked for my help didn’t mince words. They said that students were calling Mathew, the new 7th grader, “weird” and “obnoxious,” even “disgusting.” When pressed for details, they explained that he walked down the hallways with books piled high on his head. They said he picked his nose constantly, sometimes using both hands.

Other kids had already begun to isolate this new student. The boy also said things to students that seemed mean. To a student who had answered a question incorrectly, he yelled out, “Geez, you really are ignorant.” To a heavy student he asked, “Exactly how much do you weigh?” Normally understanding teachers were losing their patience.

Even if you’ve never had a student like Mathew, you probably know what it’s like to have a pupil who tests your tolerance. And the student who evokes a strong negative reaction in you is likely stirring similar feelings in classmates. Mathew’s situation demanded action. After getting support from the principal, Mathew’s parents and most importantly Mathew, I decided to conduct a “disclosure meeting.” Mathew’s classmates would be informed that he was coping with Asperger’s syndrome.

Asperger’s syndrome is a hidden disability. Physically, individuals appear perfectly normal. Their cognitive intelligence is average or higher. Yet they have great difficulty interpreting everyday social cues such as facial expressions or body language. As a result, they often impinge on others. Typically, they stand too close, interrupt conversations and continue to speak whether or not anyone is interested.

The disclosure meeting was based on the belief that we could nurture the middle schoolers’ innate compassion if we could help them to connect with Mathew’s emotional pain. As a psychologist, I have long been intrigued by a phenomenon that psychotherapists experience all the time but rarely talk about: Therapists don’t necessarily care about new patients who first walk into their office. Yet in nearly every situation, after the patient begins to talk about his or her deep suffering, something magical happens. The therapist quickly comes to care, and often times care a great deal, for this person. And it’s not because therapists have a special capacity for caring. Self-help and 12-step groups are successful for precisely this reason.

But adolescents are famous for their self-centeredness. Were we hoping for too much from his classmates? Martha Snell, a professor of education at the University of Virginia, suggests that due to their stage of development, middle schoolers can barely help themselves from making fun of anyone who is different. She believes that those with disabilities are especially vulnerable.

However, my own experience with adolescents (and younger children as well) has shown that they tend to demonstrate great compassion to a child who is blind, in a wheelchair or has cancer. Their reactions are most likely to be insensitive and even brutal when the disability (such as depression or anxiety, obsessive-compulsive disorder, bipolar, Tourette’s or Asperger’s) is hidden and misunderstood.

Learn more about how to hold a “disclosure meeting” here.