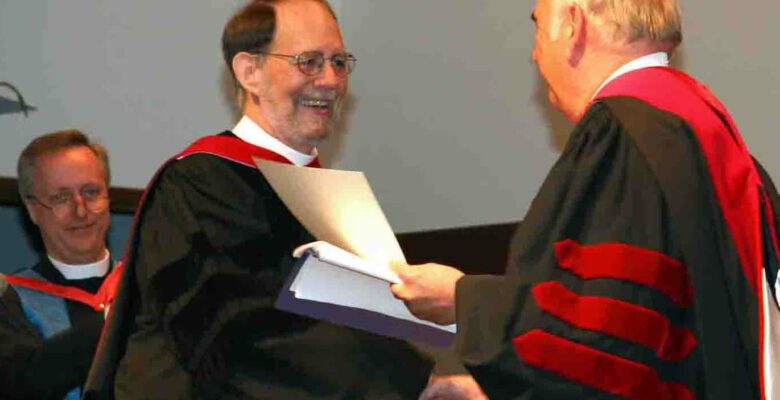 Jerome Berryman has been connected with the Center for the Ministry of Teaching (CMT) since its early years, as the development of the Episcopal Children’s Curriculum (ECC)and Godly Play ran on parallel tracks. As Berryman developed Godly Play theory and practice, the CMT began to weave his concepts andphilosophy into courses offered to seminarians and in the 2000 revisions of ECC.

A little more than a decade before the CMT came into being, Berryman moved his family to Bergamo, Italy, to study the Montessori approach to education. His work there provided the groundwork for a theology and a way of teaching that honored children’s natural methods of play.

Berryman’s vision for Godly Play is now used in over 40 countries and translated into various languages such as Finnish, German, Dutch, Swahili, French, and Korean. The premise of Godly Play is grounded in a deep respect for children’s innate sense of the presence of God in their lives. Its approach helps children to explore their faith through story, to gain an understanding of religious language, and to develop their spirituality through wonder and play. It is based on Montessori principles that promote self-directed activity, hands-on learning and collaborative play.

Berryman recently noted that too often “people shy away” from the face-to-face model used in Godly Play. “It is too intimate,” he said. “It is also too challenging to know children well enough to become like them” even though Jesus said, “unless you change and become like children, you will never enter the kingdom of heaven” (Matthew 18:3).

“The reduction of spiritual guidance to electronic dissemination of tools for parents, teachers, and people in charge of formation is in part a defense against the awkward and challenge of real spiritual guidance,” Berryman said. “Pushing a button to ‘send’ is easier than sitting with someone anywhere in the lifespan to sort our life’s meaning.”

Some of the first certified Godly Play training was offered on the Virginia Theological Seminary (VTS) campus, and a Godly Play classroom has been in existence on campus since the early 2000s. A commitment to Godly Play continues to this day through student-led classes for children in the Butterfly House (the campus preschool) and training and certification for seminarians.

VTS recognized Berryman’s work in the creation of Godly Play and his contributions to the field of children’s spirituality with an honorary doctorate in 2010. The CMT continues to celebrate its relationship of 30 plus years with Berryman and Godly Play, promoting the sharing of faith and stories that form people of all ages as children of God.