Home/Digital Ministry/Ministry in the Holy Circle of Social Networks 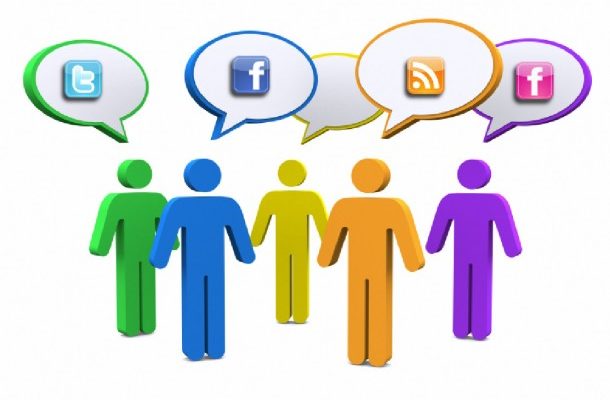 Social networking is thousands of years old. People gathered around a campfire telling the stories of their ancestors. One storyteller begins. Another adds a contemporary story as a pause before another returns to the ancient lore, weaving the experience of the tribe today into the threads of yesterday. Those stories that speak truth survive and are told for centuries. People gathered in a circle, connected through narrative.

So what does this have to do with the life of the church? A people gathered telling stories and creating new shared narratives. Circles of friends telling stories. Sounds a lot like church with a base story of sacrificial love. So, should the church engage in this new social networking? The church is to help shape the society’s narrative in a way that God is made present everywhere. We are called to represent Christ in the world – both real and virtual. (Note: Digital natives – those who don’t know a world without the Internet don’t distinguish between real and virtual. It’s all real.)

We can become part of the story telling and shape narrative with Facebook Pages that proclaim and invite others to tell of God’s good works in community. “Likes” and “comments” contribute to a narrative of relationship and affirmation that says “I am present to you.” Elizabeth Drescher and Keith Anderson, in their insightful and practical book for digital ministry, Click2Save: The Digital Ministry Bible, tell about Sister Heather Rollins, the Undercover Nun who does just this as well as prays for concerns of friends shared on Facebook.

Churches cannot risk not being part of this new reality. Churches are called to create what Drescher calls a “Holy Network.” We are called to show that sacred spaces can be created in the digital world in spaces such as Facebook, Tumblr, Twitter, WordPress, Pinterest. (A longer list would be even more overwhelming, so I’ll stop there.)  But it doesn’t need to be overwhelming with a little planning: a clearly stated and well-defined objective, wise choices and discipline.

Do you want to connect faith with people in their everyday lives? Emily Given at St Michael’s and All Angels in Dallas, Texas set up daily devotions that were texted. (Texting is the most used social networking media.)  All the devotions were written in one day and stacked. The social networking program automatically sent a devotion each day for 40 days. Do you want to start a conversation about meeting God in the world? Establish a Facebook Page. Share your church’s story of God and invite people to share theirs.

The best guide I’ve found to entering the world of social networking and media again, is Click 2 Save. It offers questions that helps discern your digital ministry and how to begin with insightful questions and a map forward. Taking the time to get in the new circles of this century and tell God’s stories is worth it. It’s like being around the campfire.

Jenifer Gamber has been involved in Christian formation since she began teaching Sunday school as a teenager.  The author of My Faith, My Life and Your Faith, Your Life for adults, she is a popular speaker on the topics of spirituality, prayer, and teen faith formation. Her website, offers a wealth of resources for adults who work with youth. Her most recent book is Call on Me: A Prayer Book for Young People.