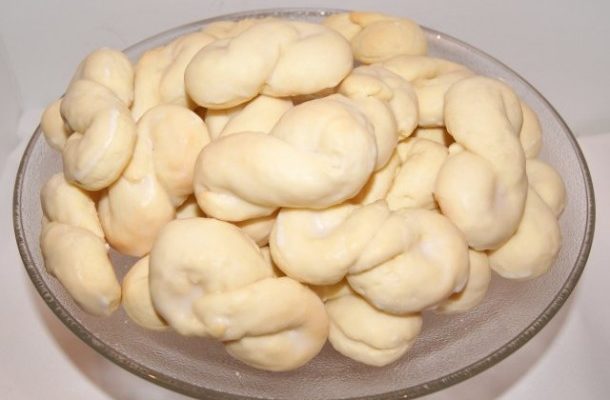 “When we remember that the heart of Saint Valentine was, like other Christian martyrs, “pierced” by the love of Our Lord, and he shed his blood for this, it seems appropriate that the red heart is a symbol for this powerful love.”

Saint Valentine
How did the “Saint” disappear from Valentine’s Day? Can we “re-Christianize” the celebration of this popular holiday? Who is Saint Valentine, anyway?

There are at three different Saint Valentines, all of them martyrs, mentioned in the early martyrologies for the date of February 14th. One is described as a priest in Rome, another a bishop (of Interamna, the modern Terni). Both apparently were martyred in the second half of the third century and buried at different places on the Flaminian Way outside of Rome. The third St. Valentine was martyred in Africa with a number of companions.

Almost nothing is known about any of these early Christian men – except that they died for the love of Christ!

Modern practices
The popular customs connected with Saint Valentine’s Day’s probably originated in medieval Europe. At that time, when “courtly love” was in flower, there was a common belief in England and France that on February 14th, precisely half way through the second month of the year, the birds began to pair.  Thus, we read in the 14th century English poet, Geoffrey Chaucer’s “Parliament of Foules”:

For this was on Seynt Valentynes’ day

This belief about “love-birds” is probably the reason Saint Valentine’s feast day came to be seen as specially consecrated to lovers, and as a proper occasion for writing love letters and sending lover’s tokens. The literature of the fourteenth and fifteenth-century in both France and England contain allusions to this practice.

This association with romantic love, along with the medieval revival of interest in classic literature, no doubt led to the “paganizing” of this martyr’s feast, so that the Roman god, Cupid (the counterpart of Eros in Greek mythology), supplanted the saint in the celebration of the feast. In Roman mythology, Cupid, the son of Venus, was a winged immortal who had the mischievous habit of shooting invisible arrows into the hearts of mortals, which inflamed them with blind and helpless passion – for the next person they might see.

The story of the saint
The Golden Legend, a medieval book of stories about saints, says that Valentine, a priest, was imprisioned by the emperor Claudius II for leading people to Christ. While Valentine was being interrogated by a Roman officer, the priest preached Christ as the “one and only Light.” The officer, who had a blind daughter, challenged Valentine to pray to Christ for her cure. The girl was cured, and the entire family were converted to Christianity.  According to legend, while awaiting execution, he wrote notes of instruction, affection and encouragement to the Christian community in Rome, which were secretly delivered by a boy who visited him in prison.

On Saint Valentine’s Day, we Christians have an opportunity for planting seeds of Christ’s truth into the culture in which we live. When we remember that the heart of Saint Valentine was, like other Christian martyrs, “pierced” by the love of Our Lord, and he shed his blood for this, it seems appropriate that the red heart is a symbol for this powerful love. We think about the power of the love of God to inspire our love for others.

Most Gracious Heavenly Father, You gave Saint Valentine the courage to witness to the gospel of Christ, even to the point of giving his life for it. Help us to endure all suffering for love of you, and to seek you with all our hearts; for you alone are the source of life and love. Grant that we may have the courage and love to be strong witnesses of your truth to our friends and family and to the whole world. We ask this through our Lord Jesus Christ, your Son, who lives and reigns with you and the Holy Spirit, one God, for ever and ever. Amen.

Celebrating Valentine’s Day as Christians
As Valentine’s Day approaches, take some time with your children to read John 3:16 and talk about God’s immense love for us and our response to this love.

In addition to making valentines to give to someone to express their love, try this recipe for “Love Knots,” from Evelyn Birge Vitz’s cookbook for feasts of the church year, A Continual Feast (Ignatius Press).

In the late Middle Ages, she says, there was a custom of wearing “love knots” on Saint Valentines’s Day – golden pins shaped like sideways figure-8s, a symbol of infinity, to suggest that love is without end, eternal. The love knots were made of gold, which never tarnishes, never loses it perfection, and were given to one’s sweetheart.