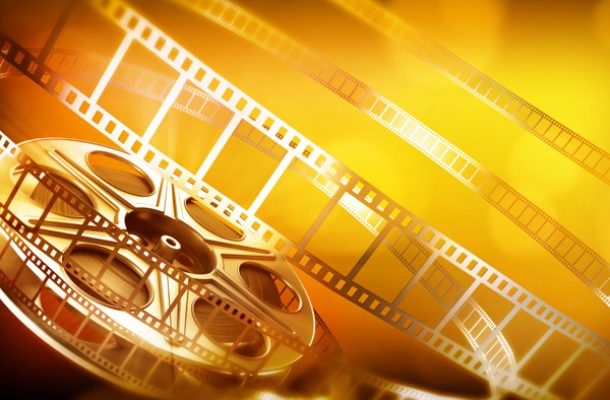 Ever since I was a teenager, the magic of cinema has been a pathway to find God.  That’s in large part due to my mom, who would always find some theological insight in whatever film she happened to watch. I remember how my mom turned a chance viewing of A Weekend at Bernie’s into an extended metaphor for our constant struggle to live out the Pauline notion that the old self was crucified with Christ “so that the body of sin might be destroyed” (Romans 6:6).  Like the protagonists in A Weekend at Bernie’s, we too want to continue the party so badly that we’ll prop up our dead bodies of sin and schlep them around with us pretending that this is business as usual. My mother’s metaphor still captures my imagination.

It is for this reason that I firmly believe that movies present a unique venue to unpack theological issues in neutral and relevant ways.  This is especially the case for young people who might struggle to make sense of who God is and why God matters in their lives. I use movies in my ministry whenever I can—especially in my Confirmation Class where clips of videos are a constant staple.  I always enjoy seeing that skeptical glint in the eyes of my teenage students who cannot imagine how God has anything to do with the Hunger Games.

At a preliminary meeting of parents and prospective confirmands, I showed a clip from the film What About Bob? to launch a conversation about the nature of confirmation and what the class would entail. In this brief clip, we witness Bill Murray’s character Bob, a psychiatric patient who inserts himself into his psychiatrist’s family vacation, receiving an invitation from the psychiatrist’s teenage daughter to go sailing with her.  Although he is fearful of nearly everything, Bob agrees to go sailing. In the next scene, we see a close up of Bob’s face next to a sail.  As the camera pans out, we take in the fuller scene: Bob is tied to the mast with life jackets around his neck and his feet, but he is rejoicing, “I’m sailing….I’m sailing. I’m a sailor.”

This clip of video became a metaphor for what confirmation is all about. On one level, the kids often feel like they are Bob and their parents have forced them to come to church and to be confirmed—essentially tying them to the mast. And yet on another level, they are indeed like Bob when they honestly wrestle with these faith issues and stretch outside of their comfort zones. If they are willing to risk the very faith their parents have shared with them and set sail into the unknown territory of faith and doubt, they might just find a new identity like Bob does. Of course, the etymology of the word “religion” comes from the Latin, religare, to bind. Bob’s act of tying himself to the mast is almost a religious action of commitment even as he challenges all that he knows or believes to be true. This action is precisely what confirmation is about.

This clip was particularly useful in my parish which is located in a sailing community and many of the confirmands are accomplished sailors, but I suspect this metaphor would work almost anywhere. The best video metaphors are universal in nature because that they delve into something that is essentially human. The trick with using videos to teach faith values is not to get bogged down in the entirety of the movie itself, but to select only really poignant clips from a movie that address the issues at hand. The clip doesn’t need to be from the latest movie or from something everybody has already seen, nor does it have to be an obscure movie that nobody has seen. The ideal clip has a rich emotional tableau and deals with germane themes.

But where to start?  Just think back to the movies that moved you.  What captured your imagination?  What prompted you to think about God or what it means to be human?

Here are a few of my favorite clips to get you started.

The Reverend Luke Fodor is the Assistant Rector of St. John’s Church in Cold Spring Harbor, New York, where he works with children, youth and young families.  Having spent nearly 5 years working at Episcopal Relief & Development, Luke works to empower children and youth for God’s mission in this hurting world.