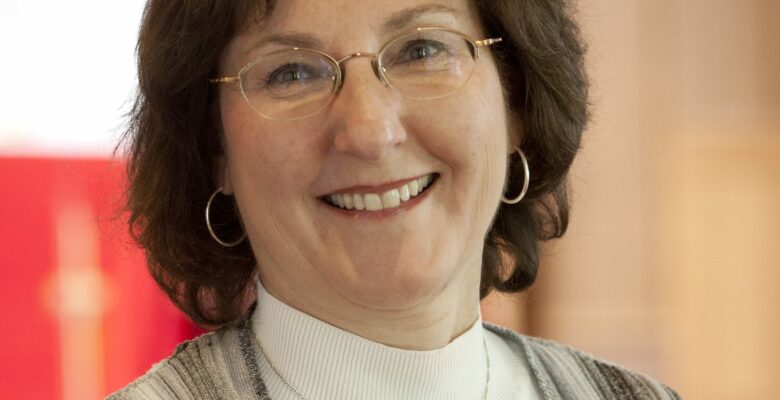 The Center for the Ministry of Teaching (CMT) has both influenced Sharon Ely Pearson as it has been influenced by her life and work. A 2003 graduate of the M.A.C.E. program at Virginia Theological Seminary, Pearson credits the seminary with giving her the confidence and authority that has made her one of the eminent Christian formation leaders in the Episcopal Church.

The focus of Pearson’s ministry has been linking people with the resources they need to succeed. In her role as coordinator for Christian education and children’s ministries for the Diocese of Connecticut, Pearson opened new avenues of resource sharing. She sensed a need for helping others make connections, both with one another and with existing resources.

In a pattern she would expand later, she began publishing a diocesan newsletter that provided space to share ideas, to connect practitioners with one another, and to share resources and training opportunities. This effort led to a national newsletter, Living in Formation, which broadened Pearson’s sphere of influence.

Pearson was quick to discover the advantages of digital technology in resource sharing. She moved her newsletters online, providing links to other resources to broaden their impact. Rows of Sharon, her personal blog, now has over 3,000 followers who read her musings about all facets of Christian formation.

Pearson joined Church Publishing, Inc. in 2007 in a new position as Christian formation specialist. At the company’s urging, she created a new resource website called Building Faith. In 2014, Building Faith moved to the CMT where it now resides. Pearson continues to be a frequent contributor to the website and regularly writes for other VTS publications, both electronic and in print. Her annual curriculum summaries for different age groups continue to be a key component of the Building Faith Curriculum Toolkit.

In her current role as an editor for Church Publishing, Pearson oversees the development of books and resources related to education, formation, congregational development and leadership. She has a gift for hearing the ideas of future writers and helping them give birth to books and resources that allow others to discover new ministries. Although many would disagree, Pearson claims that she is “not a visionary anymore.” Her new role, she says, is to “support others who are coming up who are the visionaries.”

One of Pearson’s important contributions to Christian formation in the Episcopal Church over the years has been her institutional memory. She is able to see the big picture through the lens of her experience during the past 40 years at the parish, diocesan, and church-wide levels. When the CMT published a Special Issue of Episcopal Teacher on confirmation, the editor turned to Pearson to open the issue with an historical perspective on the topic. She provided similar context for a later special issue on Christian formation in the Church today. The number of publications she continues to author further illustrate the breadth of her influence.

Pearson continues to share her vision of ministry through her own publications, by promoting the work of others, and by continuing to equip church leaders throughout the country. Her work can only be described as visionary.

The Rev. Katherine A. Malloy is the Associate for Lifelong Learning, Director of Christian Formation Resources at Virginia Theological Seminary. She is a Deacon in Full Connection in the United Methodist Church with a secondary appointment at Floris UMC in Herndon. She is passionate about justice and equipping the saints for ministry.