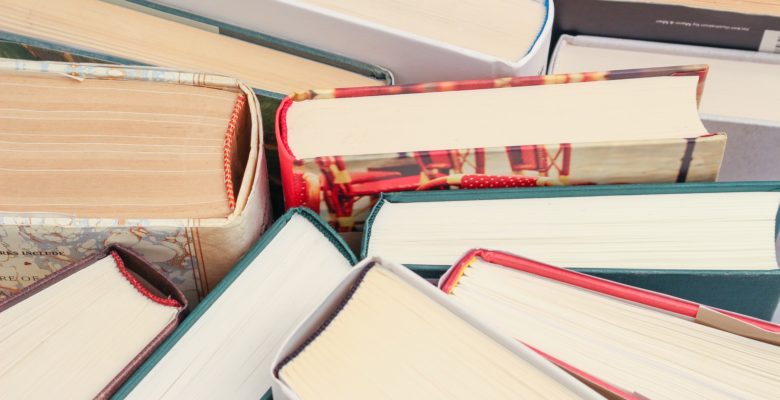 “The books were available to anyone, and a small sign was placed next to the basket inviting people to take a book.”

The Trouble With Sunday Morning

Adult Christian Formation on Sunday mornings had been difficult in our small parish with only one service and a physical space which served both as worship space and fellowship hall. While the parishioners were hungry to grow spiritually, an offering before the service hindered various service preparations. Anything after the service “killed Hospitality Hour,” the very important hour-plus time after the service. Indeed, a welcoming spirit of hospitality is a strong part of the DNA of St. Patrick’s Episcopal Church in Saint John’s, Florida.

Furthermore, the main Adult Christian Formation is held on a weeknight, and many of the parishioners were not able to return mid- week, therefore, missing out of the formation element of parish life.

Year of Faith and a Book Basket

An idea came through a conversation during lunch at a clergy meeting. 2015 was declared the “Year of Faith” at St. Patrick’s, as we had adopted a Faith Budget. When a fellow priest recommended a book to me that spoke to faith, I purchased 15 books and put them in a basket at the back of the church for people to read at their convenience and to discuss as they felt moved during the hospitality hour. In no time, more books had to be ordered.

The books were available to anyone, and a small sign was placed next to the basket inviting people to take a book and welcoming a donation to go toward the cost of the books. 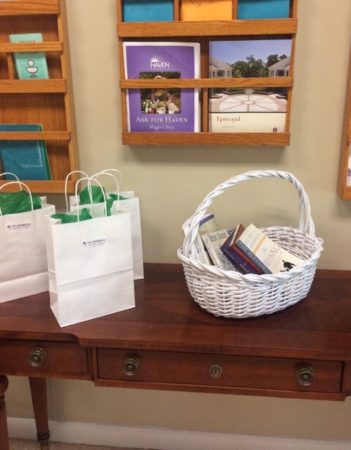 Conversations about the book took place not only during the hospitality hour, but during our morning Bible study, in a weekly mourners group, and in phone conversations, as well as emails. The book was George Muller: Delighted with God, a powerful example of one man’s faithful trust in God through prayer. Soon people were asking for the next book we would read together.

This has been a surprising blessing to the congregation in a variety of ways. Not only did they have an opportunity for a new kind of formation, but it caused people to have conversations with others with whom they had previously not had much interaction. I intentionally did not offer a group discussion time for that very reason. Parishioners who normally would not attend an adult Christian formation offering were discussing the book and sharing their thoughts about faith and their experiences with the power of prayer. It was fun to hear the typical, “Have you gotten to the part where…?” each week.

The next book? The basket was filled with Bishop Michael Curry’s Crazy Christians. You can imagine the fun conversations that followed!

The Rev. Rhonda Willerer is the rector at St. Patrick’s Episcopal Church in Saint Johns, Florida.