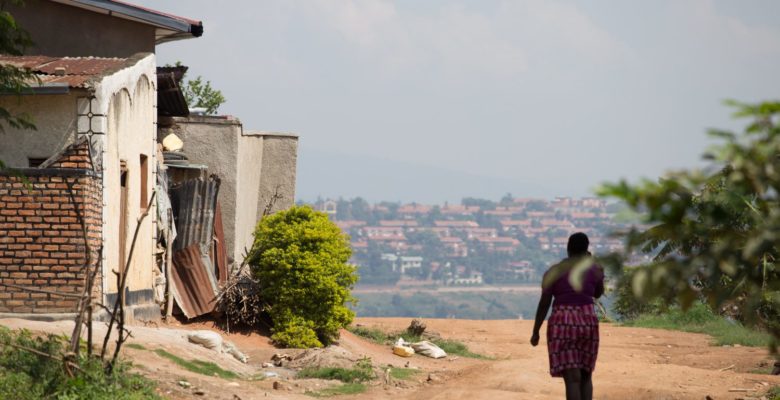 As you work to envision new ways of inviting people to enter into Holy Week, here are three teaching points to spark your imagination.

Holy Week is the busiest time of the liturgical year. Beginning Palm Sunday and continuing with daily services through the Great Vigil of Easter the following Saturday evening, Easter Sunday is the last of a very full week of services, each with a different perspective and feeling. Many churches struggle each year to help their congregations fully remember the sacred story enacted during Holy Week. As you work to envision new ways of inviting people to enter into Holy Week, here are three teaching points to spark your imagination.

Egeria & the Liturgies of Holy Week

In the fourth century, a Spanish nun named Egeria made a pilgrimage to the Holy Land. Egeria found herself in Jerusalem in the week before Easter, where she observed the Holy Week practices of the early church. Egeria kept a diary detailing many elements of the liturgies she took part in. The middle section of this diary was discovered in the late 1800s and became a primary source of material for the Holy Week liturgies that are still used today.

For example, Egeria describes a Palm Sunday procession from the top of the Mount of Olives into the city of Jerusalem with people waving palms as they walked. Consider sharing with your congregation where the liturgies of Holy Week originated. You might even have people read small sections of Egeria’s diary and compare the 4th-century practices to the liturgies in the Book of Common Prayer. An English translation of Egeria’s diary can be found in Diary of a Pilgrimage (Ancient Christian Writers).

In his book Holy Things, Gordon Lathrop argues that each liturgy of the Triduum carries meaning, but new meaning is generated when these liturgies are taken as a whole, in juxtaposition. In the experience of foot washing next to bread and wine, next to new fire and scripture – more layers of the Paschal Mystery emerge. Consider teaching about the Triduum before Holy Week. Invite your congregation to attend all three services, paying special attention to the Triduum as a whole.

Good Friday & the Gospel of John

Recently, someone sent me an interview of Episcopal Priest Barbara Brown Taylor related to her recent book, Holy Envy. I was surprised to hear Taylor say it’s been years since she attended a Good Friday service. She goes on to explain that as her interfaith work deepened, she found it difficult to hear the text from the Good Friday readings from the Gospel of John, scripture which has been used by some Christian for millennia that “the Jews” killed Jesus.

This Holy Week, consider how your congregation will remember together that Jesus was killed because his message and actions of radical love were a threat to an empire. You might consider reminding your congregation of this ancient, wrong interpretation in your Good Friday bulletin,  such as this blurb written by Rev. Mary Luti, published on Huff Post (please give credit):

As Christians, we live under the burden of a sad and violent history of anti-Semitism, in the sobering shadow of the Shoah (Holocaust). It is critical for us to be clear about what our sacred texts mean when they make reference to “the Jews,” especially during Holy Week, when we contemplate Jesus’ death. When the crucifixion narratives speak of “the chief priests and leaders of the people,” they are referring to officials who collaborated closely with the Roman systems of oppression, and were viewed with contempt by much of the Jewish community in their time. They should not be identified with the Jewish people of the past as a whole, and certainly not with Jews in the present. It may be helpful to recall the cultural context of our Christian scriptures, emerging as they did from a small, originally Jewish community of believers in Jesus as the Messiah. All of the Gospels originated from Jewish communities. Jesus himself was born, lived, and was crucified, a Jew. Any criticism of Jews from Gospel writers should be understood as the expression of differences of opinion among or about their fellow Jews. The gospels’ use of the term “the Jews” therefore, should not be read as a criticism of the Jewish religion, and especially not as a condemnation of an entire people, either then, or now. It is one of the bitter ironies of history that our sacred texts have been used to justify the persecution of the covenant people, from whom our Savior came, and who are created, as we all are, in the precious image of God.

Sarah Bentley Allred is an MDiv. student at Virginia Theological Seminary. Previously, Sarah served for four years as Director of Children’s and Youth Ministries at St. Mary’s Episcopal Church in High Point, North Carolina. She loves local coffee shops, board games, the beach, and exploring new places with her husband, Richard, and their dog, Grace.

Eric Grubb is a seminarian at Virginia Theological Seminary from the Diocese of North Carolina. After graduation in May, he will begin his ordained ministry at St. Margaret’s Episcopal Church in Waxhaw, North Carolina.