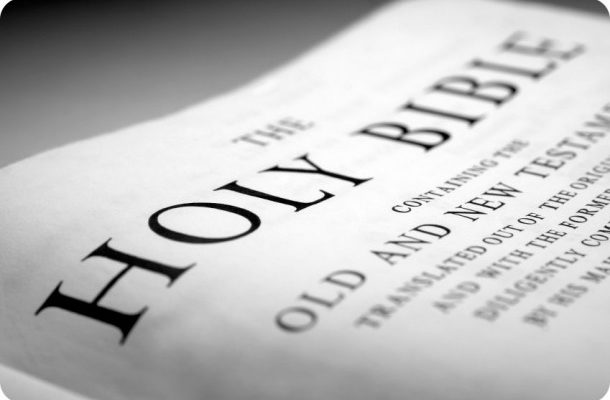 The following essay is from Encountering Christ: An Intergenerational Faith Experience” by Charlotte and Ronald Molrine. (Morehouse Publishing, 1999)

We study the Bible to learn about God and to learn of people in their search for and longing for a Savior. The Bible describes people then and now. We study the Bible to find what the various writers of the Holy Scriptures had to say about God as Creator, Redeemer and Sanctifier. The authors of the various books of the Bible were greatly inspired by what they had seen  as God acted in history. The Bible as an “inspired book” does not mean it was written by divine dictation. It means that the writers were inspired to try to know God’s will for their lives and to record the wonderful ways in which God entered the scene of human history and revealed God’s self in the lives of men and women everywhere.

We say the Bible is “The Word of God” because it is the word about God as written by those who had seen and experienced God’s encounters with human beings, individually and collectively. The Bible is a collection of ancient writings about God.

The Bible was written by many different authors, mostly Hebrews, known and unknown. It was written at different times over about 1, 100 years dating from as early as 1,000 B.C.E. to 100 C.E. It was written in different parts of the world such as Palestine, Egypt, Corinth and Rome.

The word Bible comes from the Greek word “biblia,” meaning books. Actually our Bible is a “library of books” in one volume. The Bible is traditionally divided into two parts: The Old Testament, comprising 39 books, and the New Testament, made up of 27 books. There is a third part of the Bible known as the Apocrypha. The Apocrypha has 14 books and covers the period of history between the Old Testament and the beginning period of the New Testament.

The books that were included in the Canon of Scriptures were not always as definitely established as they are in our present Bibles. Those books authorized for use in the Church (Canon) were determined by Church councils. The Old Testament Canon (standard, rule, guide) was solidified sometime between C.E. 70 and 90. The New Testament Canon was solidified sometime between C.E. 393 (Council of Hippo) and C.E. 397 (Third Council of Carthage).

There are three ways of approaching the Bible: literally, symbolically and historically. No one way is the only way. All of them are right, but not necessarily for every part of the Bible. The Bible needs to be studied, examined, pondered, discussed, preached and prayed about to enable us to experience the revelation of God in our daily lives.

As the Collect (prayer) in the 1979 Book of Common Prayer (p. 236) states: “Blessed Lord, who caused all Holy Scriptures  to be written for our learning; Grant us so to hear them, read, mark, learn and inwardly digest them, that we may embrace and ever hold fast the blessed hope of everlasting life, which you have given us in our Savior Jesus Christ.”