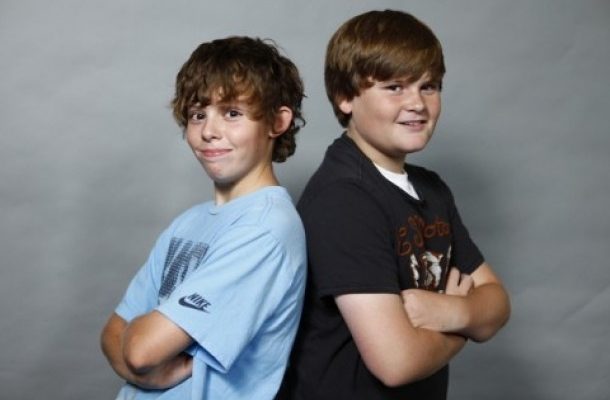 Drew Downs describes himself as “an emergent presbyter from the Episcopal tribe, living as honestly as I can and helping transform what I am able, as a disciple of Jesus.” He blogs at Shoegaze Faith, where this article first appeared. It is shared here with his permission. Check back on his site for the continuation of this series in the weeks to come.

The reality of pre-teens
Parents of pre-teens struggle with a difficult reality of the almost-but-not-yet, which seems to inform every action. This is a consistent trait from early childhood, as the child learns how to do things for herself, struggling to do what everyone else has mastered. In this way, a two year-old and a twenty-two year-old are the same.  But this seems particularly acute for the pre-teen.  Each action is her trying on teenage behaviors and expectations.

What this means in the practical sense is that our churches have a bunch of 4th graders who are desperate to join the youth group and often refuse to even talk with 3rd graders and other “little” kids.  This leads to an uncomfortable arrangement of either placing children where we are told they don’t want to be (with younger children), where they are not welcome (with the youth) or on their own (where 2-4 new volunteers are needed to lead them).

If you have voulnteers crawling out of the woodwork, eager to work with children, pre-teens, and youth, then the decision gets pretty easy.  Give them their own space and there you go!  But most churches don’t. So here is a practical approach to working with pre-teens.

Some things to consider first
First, realize that the real problem isn’t with the children, it is with you and the other adults.  If there are more than 20 people that show up on a Sunday, there are enough volunteers available to do anything the church wants.

Determine which operating assumption is most important: the pre-teen’s independence or simplicity of offerings.  One can easily engage a pre-teen’s sense of maturity and leadership with younger children, if simplicity is preferred; but if the independence is primary then resources will have to be allocated, meaning finding ministers called to that ministry.

Deal with the reality that even in an age-specific group, some will find this offering insufficient. Some pre-teens think that programs at their age is actually beneath them.  So there is no way to make them happy short of placing them with the teens.  And that is probably not the preferred option.

If the natural state for children is to appeal to the older kids, then they will always complain about it: particularly among boys.  No matter how you bracket the ages, the top grade in one section will always complain about those below them, eager to move up to the next grouping.  This doesn’t mean we should indulge that idea or give them something different.  But, it does mean that we ought to take seriously how we engage this group.

For Safe Church practices, we need at least two leaders in each room, so if we do Sunday School with a nursery, children, pre-teens, middle school youth, and high school youth, then we need at least ten volunteers.  If we want to make it easy on them, add one extra per group and rotate responsibility.  That means 15!  For must churches, recruiting five is like pulling teeth.  So we must engage the entire congregation in ministry with all children, so that we can raise the expectations of everybody toward this ministry.  No “I’ve done my time” or pew-sitting only; not if children are an important part of the community.

Leaders are free to tailor the curriculum to the needs of the group.  Some parents have come to think their child doesn’t benefit from a particular curriculum because it is for “little kids” or it’s “for girls” or it’s “too out there” when perhaps this older child or pre-teen might need to be challenged through leadership or a more mature response in that room.  Often the proplem isn’t the curriculum but the parent’s misunderstanding of it or the leader’s lack of direct application.

To piggyback on the last one, perhaps the problem is that the parent doesn’t understand the curriculum or its developmental appropriateness. It is far easier as a parent to hear complaints about a program if the adults don’t understand it to begin with. And perhaps the pre-teen learns to dislike the curriculum after they’ve heard the parents question it. I’ve witnessed this one first-hand.

Encourage parents to engage their pre-teens in not only what they learned in Sunday School but how.  Ask why they think the leader said or did something.  Ask how other kids responded to something.  Ask about any challenges and how she faced them.  Because learning isn’t about results, but the process.

Engage with leaders about the value of a one-room-schoolhouse approach, and the way younger and older participants share in leadership and growth.  Develop plans that engage pre-teens in teaching younger children.  Help them learn the responsibility of leadership.

Extend the learning beyond the classroom and into the sacristy.  The sacristy is the room in which the elements are stored and prepared and the leaders get dressed up for worship.  Get pre-teens involved in counting out host wafers or pouring wine, and preparing the worship space.

Speaking of worship, open up other parts of worship to pre-teens besides being an acolyte. Recruit the best readers to join the regular rotation, and the most gregarious to become ushers or greeters.  Shoehorning pre-teens into a singular ministry role doesn’t always fit their gifts for ministry and limits the expressions of Christ among us.

Find ways to begin to engage their leadership potential with older youth and adults, not just younger children.  Help pre-teens learn that they will be counted on now and in the near future to help guide the church.  They have a voice that is needed, and it is way too late to cultivate that when they are seniors in high school.  Get them used to the idea that they have faith and wisdom that must be shared.

Conclusion
The beauty of the bridge years of development is that they aren’t yet, but they’re trying to be. This means they are putting on the clothes and dressing up, attempting to be older.  So we hamstring ourselves when we don’t allow to do the same in church.  Even though some of this is a ruse, to simply get something different out of their experience of church, pre-teens force us to engage the hardest part of parenting: letting go of our authority over and learning how to deal with them.