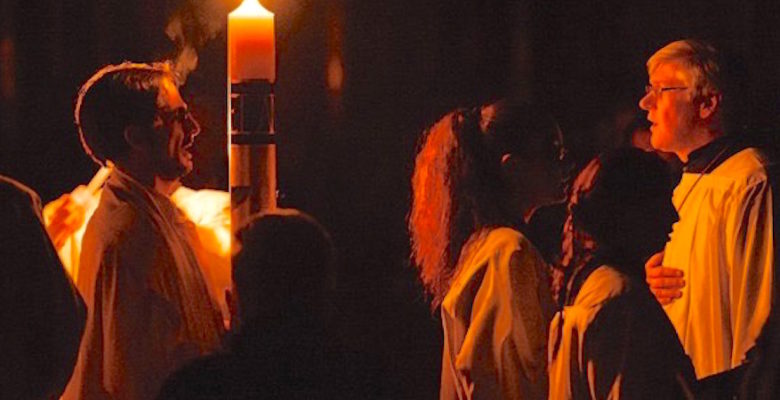 “The catechumenate evolved to be a process that nurtured growth in faith and ‘experiencing a change of heart’ to truly be a follower of Christ within a community.”

From Membership to Discipleship: The Renewed Adult Catechumenate

It is Wednesday evening in downtown Kansas City, and a group of about twenty adults of different ages and backgrounds gather at Grace and Holy Trinity Cathedral at 6pm. During the next two hours they will share a meal together, discuss a ‘table question’ that is always more than a polite chat, engage in a presentation concerning spirituality or Christianity in everyday life, share in a small group reflection on the Gospel from last Sunday, and close with shared prayer and a blessing. This is not an ‘instruction” class or another committee meeting. This is the ancient process of the Christian community called the Catechumenate.

The Catechumenate is both ageless and new to our times. It is both liturgy and adult faith formation. Indeed, the contemporary Catechumenate is a process not a program. It is not about simple membership in a Church, but enabling adults to be disciples of Christ. As in ancient times, the process is marked by progressive stages of growth with celebrations, or rites, within the whole worshiping community on Sunday.

In most cases, the Catechumenate is a nine month communal journey towards adult initiation. As with the ancient Church, the change and renewal process of the participants (catechumens) invites the whole congregation to also grow in their faith.

Stages of the Catechumenate

First Stage: Inquiry
This stage, which may begin in the Fall, is marked by the invitation and welcoming of adults to come with their questions and to meet with others. Together we will seek a deeper knowledge of and relationship with God, with the story and values of the Gospel. It concludes with the communal Rite of Welcome. Many times this rite occurs in Advent.

Second Stage: Catechumenate / Time of Instruction and Growth
This phase is marked by the more focused exploration of the Christian faith: its history and practice in personal prayer, worship and life. Usually some experience of service and ministry is part of this stage. It concludes with the Rite of Enrollment, usually at the beginning of Lent.

Third Stage: Immediate Preparation for Baptism/ Confirmation/ Reception/ Reaffirmation
This period focuses upon conversion and openness to the work of the Spirit through prayer and reflection during the season of Lent preparing for Baptism at Easter. Sponsors, who are active members of the faith community, have a special role during this time.

This stage is marked by different Rites of blessing and by the formal presentation of various treasures of the Christian tradition to the catechumens and candidates. The conclusion of this stage, usually at the Easter Vigil, is the Celebration of Baptism, Confirmation, Reception, or reaffirmation of one’s Baptism as an Adult.

Fourth Stage: Growing into the Mission and Mystery of Faith (Mystagogia)
For those who have committed themselves to baptismal living and to ministry at Easter, this is a time to reflect upon how they will live this out in daily life. This stage often concludes on Pentecost. 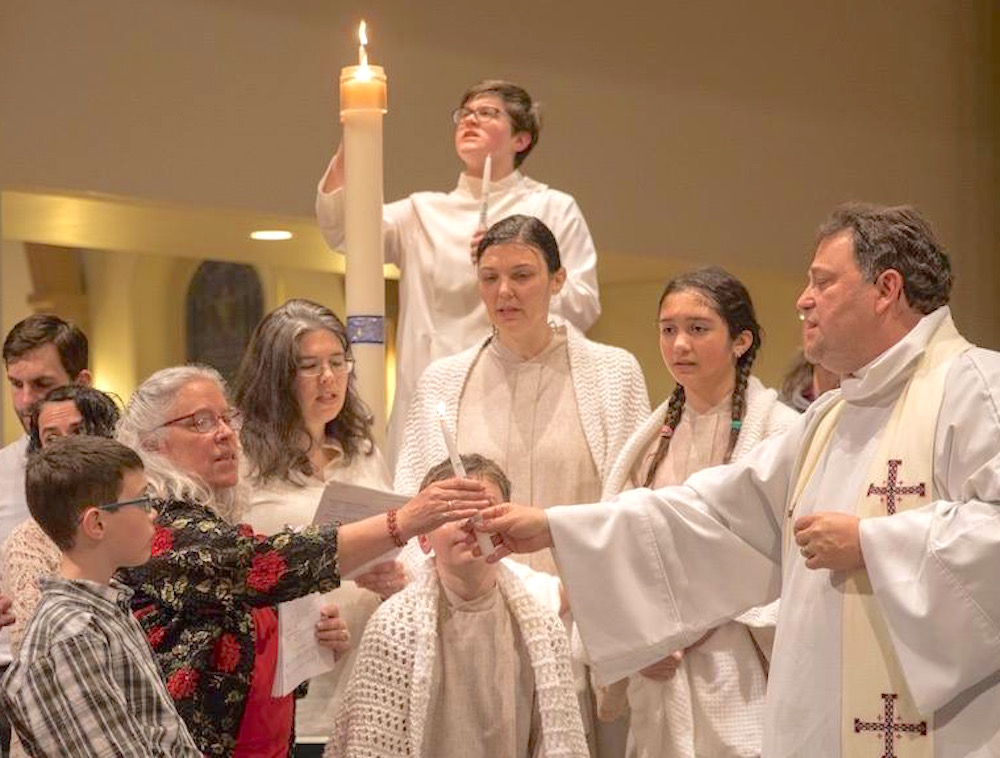 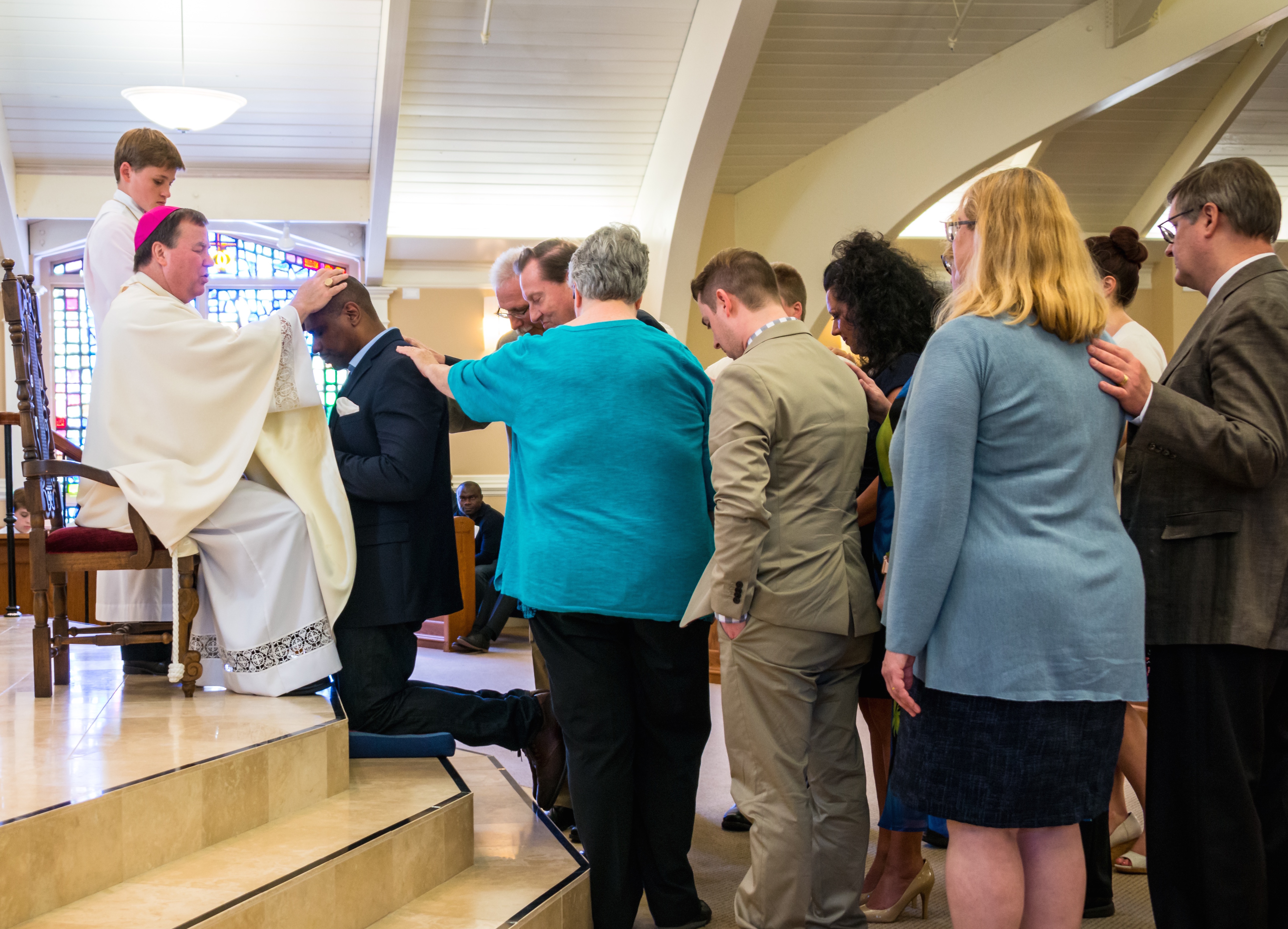 The Origins of the Catechumenate

You may wonder “Where did this come from? I have never even heard of it!” The Catechumenate may be new to you, yet it has roots in the early Christian Church. The early Christians were not in the mainstream of the culture they lived in. It was hazardous to be a follower of Christ, dangerous to be a disciple, and certainly was a choice to live a life that was markedly distinct. The catechumenate evolved to be a process that nurtured growth in faith and ‘experiencing a change of heart’ to truly be a follower of Christ within a community.

After Christianity became the public religion of the Roman Empire, the Catechumenate slowly went dormant in a church that became much more in the mainstream of culture. Baptism of infants gradually became the norm. Times and pastoral needs change. In Europe, during the 19th century, the liturgical renewal movement developed to reform Christian worship to be true to its roots from the first four centuries and relevant to the time.

The Anglican Communion was one of the Christian churches greatly touched by this renewal, and it influenced the 1979 revision of the Episcopal Book of Common Prayer. The Rites of the Catechumenate were formally included in the Episcopal Book of Occasional Services. A number of denominations have similar rites.

www.journeytobaptism.org
This is the website for the North American Association for the Catechumenate. Great resources, including a nice 4 minute video on “what is the catechumenate?”

Come to the Waters: Welcoming Seekers and Making Disciples
This book by Daniel Benedict (Discipleship Resources 2013), describes welcoming and walking with people on the journey of conversion. Part 2 of the book provides model services and helps for celebrating the stages and transitions of this journey.

Larry Ehren is currently a Doctor of Ministry graduate student at Virginia Theological Seminary, and was recently ordained in the Episcopal Church. He has been involved in the ministry of the Adult Catechumenate for many years. He is the Vice President of Journey to Baptismal Living / The North American Association for the Catechumenate (www.journeytobaptism.org). He and his family live and minister in Kansas City.