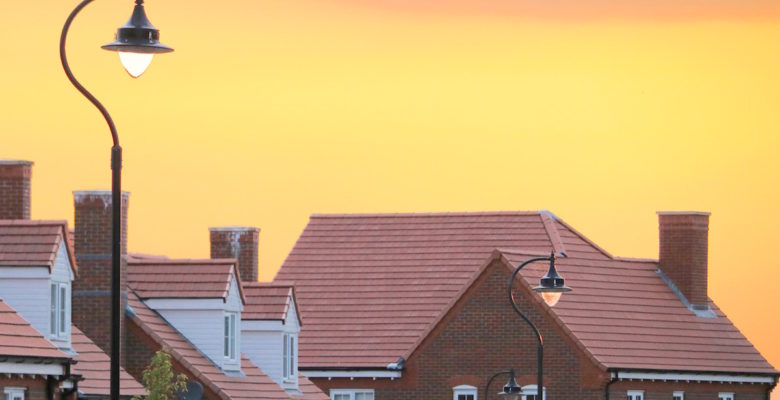 “They have come to regard me as a resource in certain areas and call on me. My availability and consistent presence with no pre-set agenda has made this ministry possible.”

When beginning my ministry at Saint Martin’s Church, Clewiston, Florida; I was given the mandate to “become known in the community.” Clewiston is considered rural Florida – a small agriculturally-based town of 7,300 persons. The mandate reflected the wisdom of long-time residents and faithful members of my parish: if anything was going to help grow the congregation, it was necessary that I “be known.”

You will undoubtedly have your own ideas of how to engage the local community. The following four ideas are based on my personal experience, i.e. they have worked for me. Your context and community will dictate what will work for you.

1. Write for the Local Newspaper
When I previously served in Northern Quebec, I wrote a weekly column for an English paper. When I arrived in Florida, I approached the local newspaper and told the editor of my background, getting a lukewarm reception. But soon after, I was accepted and wrote thereafter a weekly editorial.

Other clergy would also write and use their editorials as attempts to evangelize. I did not do so. My articles were usually about something timely (Easter, graduation, Christmas, Thanksgiving, and other topics of current interest). I have been writing for 16 years now, weekly. As a result, I am “known” throughout the community. I do not get a lot of feedback… occasional calls for individual counseling, and compliments in public for my articles. I think the key is my consistency. I was once asked if I subscribed to some sort of content service: “No,” I replied, “all of the articles are my own.”

2. Engage the Local Police Department
My parish had a police officer among it’s membership. He asked me if I was interested in being Police Chaplain, and I accepted the position. I am technically a ‘non-sworn officer,’ and I spend Friday afternoons and evenings with the Clewiston Police Department. This has made me well-known in the community; sometimes for better or worse.

Others ministers have come and gone during my 16-year tenure, for various reasons (for example, mis-understandings of what is and what is not confidential). Police ministry requires a highly non-judgmental, highly discrete, highly ecumenical understanding and practice, though still leading the way in matters of faith. They have come to regard me as a resource in certain areas and call on me when appropriate. My availability and consistent presence with no pre-set ‘agenda’ has made this ministry possible.

3. Befriend Hidden Populations
My years in Quebec gave me some competence in French. Arriving in Clewiston, Florida, I was interested to find that our community has an RV park on the edge of town, where approximately 800 French Canadians spend around 6 months there. My original introduction to this community was through a parishioner who co-owned the park. She would occasionally ask me to translate for her; I chose to also serve by making myself present.

I would attend community meals and when asked, give invocations in French and English. I would also attend their twice-weekly dances; socializing but not dancing unless I brought my own dance partner. I have been called upon to serve in medical emergencies – translating and accessing resources or medical help for persons in a second-language situation. The Sheriff’s Department called for an assist when one of the residents was shot. Overall, I have become known in both the town and the RV park for my ‘bridge’ relationship between these two communities.

4. Join Civic Organizations
One of my parishioners is a member of the Rotary Club, others were members of the local Elks Lodge. I joined both organizations; becoming Chaplain at the lodge and serving for the past 16 years. I remained a member of the Rotary Club for about 10 years and served as their President for one term. I had to drop that position due to a conflict with a teaching contract – I am an adjunct professor of psychology at a local community college, yet another “being known” opportunity.

I served for a time on the county Emergency Service Council, and also as coordinator for amateur radio communications. Though the meetings ended up conflicting with my church responsibilities, I still became known in the community as someone with some competence in amateur radio, who still gets ‘on the air’ once in awhile.

My “being known” has come together through the myriad applications of my secular training, various competencies, means of exposure, and community relationships. All of this has been aided by my long-term presence with a good reputation in the community. Looking back, it has been a cumulative process.

The Joy of Local Ministry

Rural ministry is a complex ministry, involving small numbers of people, in a time when virtually everyone is crying “We need new members!” and “We need more youth!” I reply to this latter cry by pointing out that “They keep making older people, too!”

Here is the joy: being known in the community has allowed me to use many things that I really enjoy. Doing things I like to do and applying them to ministry… doing ministry and finding myself doing fascinating things… what could be a greater opportunity?!

The Reverend Samuel S. Thomas, Ph. D. is the rector at Saint Martin’s Church in Clewiston, Florida. He recently celebrated 50 years of priestly ministry this year, having served in Florida, Quebec and a short “stint” in the midwest. He is still ministering, having “flunked retirement.” Along with parish ministry, he is a licensed psychologist, enjoys amateur radio, serves as a police chaplain, teaches at a community college, and a writes weekly editorials for a local newspaper.