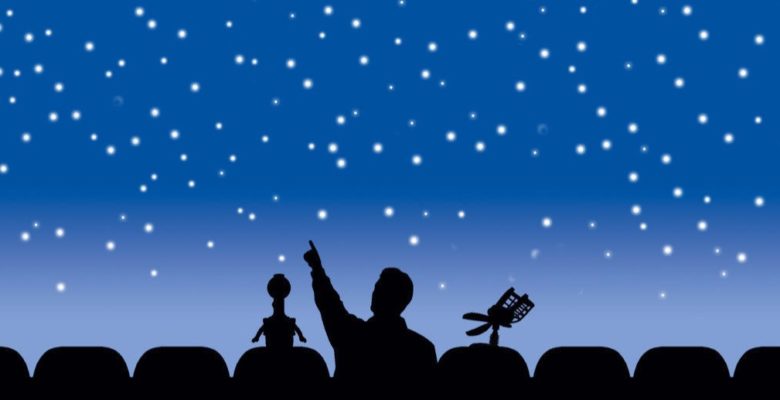 “We want to invite students to practice what it means to see the world through the Kingdom of God filter. Whether its film or music or something else.”

In 2007, I couldn’t shake the idea that our youth Sunday school just wasn’t working. It was flat, lifeless, and uninteresting. And if you’re going to invite middle and high school students to an event at 0900 on Sunday mornings (that first ‘0’ stands for OH MY GOD IT’S EARLY), then that event had better be interesting and relevant to their lives.

Film School was birthed from a 3-fold idea:

Bottom line? Let’s invite 7th – 12th graders to sit in the church basement, watch films that they want to see, and use the stories those films tell as a way of engaging their hearts and minds with God’s Story as told in scripture.

We are now in our 8th season of Film School. By the end of this season we’ll have watched more than 50 films, with only one film repeated (Dead Poets Society, if you must know). Students, in their teenage way, seem excited about it. Conversations are meaningful and dive below the surface. The films we do aren’t shallow. We tackle topics ranging from race, good vs evil, mental illness, emotions, grace, forgiveness, etc.

Is this Really a Good Idea?

We’ve had our share of detractors, too. Early on, some parents were concerned about the content of some of the films with PG-13 ratings. And they had every right to share their thoughts and feelings with us. And we listened. And we invited them to join us. And some of them did.

Many of our parents’ concerns fell into two categories.

“If we want to teach our kids how to live a Godly life, then we shouldn’t be showing them films that show the opposite.”
Excellent point. However, if that same standard were applied to scripture, we’d have a very short Bible. People do the opposite of Godly living all over that book!

“I don’t think you should be using secular sources from popular culture in order to point people to Jesus. Can’t you just use the Bible?”
This question was a little trickier. We do read from scripture in Film School. Every time, actually. One of our favorite passages is from Acts 17, where Paul is in Athens and notices an altar to “An Unknown God.” Paul calls the people of Athens together, and using a secular source from their popular culture, points the people to Jesus.

The bottom line when it comes to Film School is that we really believe that God truly is in all things (Ephesians 4:6). Because of this, God does not abandon things but restores them (Colossians 1:20), even an altar in the middle of ancient Athens (Acts 17:23).

Because we always look at life through some kind of filter, we want to invite students to practice what it means to see the world through the Kingdom of God filter. Whether its film or music or something else, once you strip away the Hollywood and you start to have conversations about it, you’re going to end up looking into what God is doing in the world and how we can direct our lives towards what God is doing.

And the 7th-12th graders who come to Film School? With practice, they start to look through that Kingdom filter and see God in stories about the Avengers, and Jackie Robinson, and Fantine, and Indiana Jones, and Eowyn, and Atticus Finch, and hundreds of other characters. We’re excited to see students engage with what God is up to in the world.

You can check out our webpage at www.styg.com/filmschool

Aran Walter is a husband, dad, brother, son, friend, youth pastor, as well as a priest at St. Thomas Episcopal Church in Menasha, WI. He likes rice crispy treats, social media, conversations, coffee, hearing stories, and trying to live life according to the teachings of a Jewish rabbi.