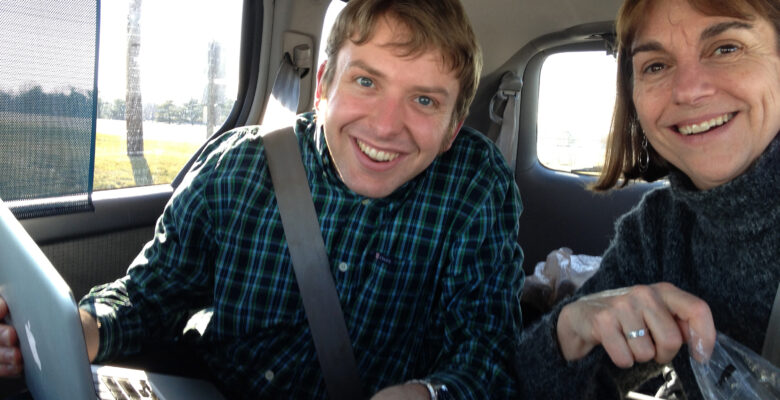 The Center for the Ministry of Teaching (CMT) had to invent a new job title to encompass Kyle Oliver’s first job description after he finished seminary. In 2012 he became the CMT’s digital missioner, a title now more common, but nonexistent, or at least rare, at that time. Job responsibilities were broadly stated when he began working at the CMT, but mostly to be determined.

“There were no roadmaps,” said Oliver, “and it was very exciting.” He noted that feedback that he received during his years at the CMT was enthusiastic. “My job was first and foremost to listen, to respond accordingly and then to listen some more.”

Among his first tasks was prioritizing Christian formation needs in the use of technology of congregations, individuals and groups within the church. The reason that it all worked, he said, “is because the CMT was such a hub for conversation.” Churches expanding their use of technology and social media created a need for outside support. A topic high on many lists of many of those working at these churches were the frustrations they experienced, said Oliver, “but we had enough bandwidth to listen and respond.”

A hybrid faith formation initiative at the outset of Oliver’s time at the CMT and his first eFormation conference in 2013 set the tone for this new initiative. He later realized that while small cohorts and annual conferences were important, there was a need for a year-round community. “An eFormation learning community developed as we realized all the things we were doing folded in together,” he added.

The people Oliver gathered around him to create a vibrant digital community brought different skills and ministries to the CMT in addition to their ecumenical backgrounds. He saw himself as “collaborator in chief,” working with people and organizations who saw all the possibilities that technology brought to ministry. “I was at the right place at the right time with the right skills and a lot of freedom.”

Oliver said he had just enough web experience to be dangerous, “enough pedagogical training to know what I didn’t know and what I needed to learn, and the hubris from having been a programmer to think that anything was possible.”

Today the eFormation learning community thrives, connected through its own website, and already expanding to serve the wide range of ministries being created in congregations, dioceses, and organizations. Oliver is working on a dissertation through Teachers College, Columbia University, that incorporates ministry with his internet experience, pedagogical training, and hubris to think that anything is possible.