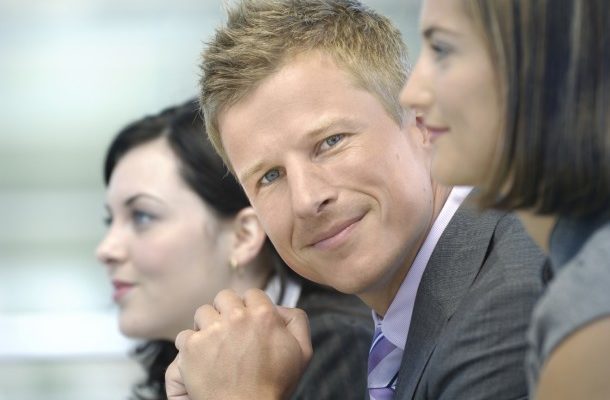 John R. Mabry is the author of Faithful Generations: Effective Ministry across Generational Lines (2013: Morehouse Publishing), from which this article is excerpted. He has spent fourteen years in private practice as a spiritual director, directing those of different generations. For the past nineteen years, he has served as pastor of Grace North Church (Congregational) in Berkeley, California.

Xers are placed by most sociologists between the years of 1961 and 1980. Through no fault of their own, Xers are the most demonized generation alive today. Xers could not help but internalize the values and images they grew up with, such as the rise of a new horror genre that depicted children as demonic, from Rosemary’s Baby to The Omen to Children of the Corn, all released in the 1960s. Their insecurity regarding their own worth was augmented by the unstable family life experienced by so many. While only 11% of Baby Boomers (Xers’ parents) came from broken homes, nearly half of all Xers are the children of divorce. These were the first “latch-key kids” of the 1970s with their moms entering the workforce in droves.

How can the church minister to this generation, many of which left the church?

Since Xers are extremely reactive to authority, those privileged to offer spiritual guidance to them would do well to maintain a non-directive style. Allowing them to set the agenda and discover for themselves how ideas and beliefs ought to be deconstructed and reconstructed will yield the most fruit. And be prepared, there will be much deconstruction and reconstruction, as this is the primary form of spiritual inquiry practiced among Xers. It may seem tiresome, tedious, and even depressingly cynical for other generations to listen as Xers pursue their relentless dismantling of realty (and tenuous reconstructions) but this is what Xers must do, and what will have the most meaning for them.

They are, after all, making meaning, from scratch, which is the only way Xers can appropriate meaning. Any meaning that is simply handed to them from elders, from tradition, or from any other source will be viewed with suspicion. Xers, brought up in a commercial-saturated culture where everyone is selling something will always be asking, “What’s the hidden agenda? What’s in it for the one telling me this? What is this really about?” Spiritual guides who can hang in there and encourage their critical questioning will be most valuable for them.

Xers work well in one-on-one spiritual guidance, but do even better in groups. While few Xers hang out at the sorts of spiritual institutions that offer traditional spiritual direction groups (and would most likely be repelled by the hierarchical and directive method employed by such groups), many Xers are taking their spirituality into their own hands, forming Wisdom Cirlces or other communities of discernment or inquiry. This may take any number of forms: a Wicca ritual circle, a salon gathered around Dante’s Divine Comedy, or a regular gathering of like-minded friends at the pub – all are regular groups that meet for mutual discernment, albeit at differing levels of commitment.

Xer discernment groups are most often self-directed, run by consensus, and operate with an open-door policy. Members come and go as they feel the need, and little peer pressure is brought to bear one way or the other – another manifestation of Xer respect for the integrity of the spiritual processes of others.

Xers are not keen to be part of traditional faith institutions, leading in part to the continued decline among mainline Christian denominations in the United States, and the lack of religious concern generally in Europe. However, Xers are exceedingly social animals, and “connection” is a true value for them. It has been suggested that the coffee shop is the Xer church, and indeed, such places provide a welcoming place for Xers to meet, to share their struggles and concerns, to support one another, to compare notes on literature and pop culture, and to discuss and debate ethical and theological issues.

Those who do participate in traditional religious structures will invariably come to them with a critical eye, and will have an agenda (not conscious or chosen, but generationally instilled) toward reform that demands greater transparency, great institutional and ideological humility, and a ruthless evaluation of the most effective expenditure of effort. Elders would do well not to fight or reject Xers’ questioning or ideas out of hand, but to recognize the valuable power for course-correction that they offer, the energy for reinvention that they bring, and harness that energy for the benefit of the institution.