Home/Lent/The Origin of ‘Burying the Alleluia’ 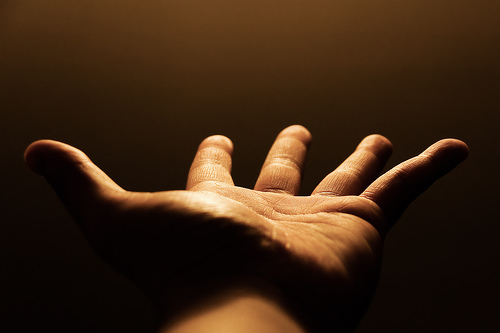 “We part from the Alleluia as from a beloved friend, whom we embrace many times and kiss on the mouth, head and hand, before we leave him.”

Burying the Alleluia
During the season of Lent, the declaration of “Alleluia” is omitted from all liturgies, only to re-emerge at Easter, when the resurrection is proclaimed. Many congregations “bury the Alleluia” as a symbolic gesture at the beginning of Lent, marking the solemnity of the season about to begin.

Historical Practices
It is a great activity for children to recognize the threshold of one season of the church year to another. But where does this tradition come from? Francis Weiser writes this in Handbook of Christian Feasts & Customs (Harcourt, 1958). Albeit an “ancient text” itself, it provides some interesting history and practices.

The depositio (discontinuance) of the Alleluia on the eve of Septuagesima [which formerly initiated three weeks of “pre-Lent” at the end of the Epiphany Season] assumed in medieval times a solemn and emotional note of saying farewell to the beloved song. Despite the fact that Pope Alexander II had ordered a very simple and somber way of “deposing” the Alleluia, a variety of farewell customs prevailed in many countries up to the sixteenth century. They were inspired by the sentiment that Bishop William Duranti (1296) voiced in his commentaries on the Divine Office: “We part from the Alleluia as from a beloved friend, whom we embrace many times and kiss on the mouth, head and hand, before we leave him.”

The liturgical office on the eve of Septuagesima was performed in many churches with special solemnity, and alleluias were freely inserted in the sacred text, even to the number of twenty-eight final alleluias in the church of Auxerre in France. This custom also inspired some tender poems that were sung or recited during Vespers in honor of the sacred word. The best known of these hymns is, Alleluia, dulce carmen (“Alleluia, Song of Gladness”), composed by an unknown author of the tenth century. It was translated into English by John Mason Neale (1866) and may be found in the official hymnal of the Episcopal Church.

In some French churches the custom developed in ancient times of allowing the congregation to take part in the celebration of a quasi-liturgical farewell ceremony. The clergy abstained from any role in this popular service. Choirboys officiated in their stead at what was called “Burial of the Alleluia” performed the Saturday afternoon before Septuagesima Sunday. We find a description of it in the fifteenth-century statute book of the church of Toul:

“On Saturday before Septuagesima Sunday all choir boys gather in the sacristy during the prayer of the None, to prepare for the burial of the Alleluia. After the last Benedicamus [i.e., at the end of the service] they march in procession, with crosses, tapers, holy water and censers; and they carry a coffin, as in a funeral. Thus they proceed through the aisle, moaning and mourning, until they reach the cloister. There they bury the coffin; they sprinkle it with holy water and incense it; whereupon they return to the sacristy by the same way.”

In Paris, a straw figure bearing in golden letters the inscription “Alleluia” was carried out of the choir at the end of the service and burned in the church yard.

With the exception of these quaint aberrations, however, the farewell to alleluia in most countries was an appropriate addition to the official ceremonies of the liturgy. The special texts (hymns, responsories, antiphons) used on that occasion were taken mostly from Holy Scripture, and are filled with pious sentiments of devotion….

Thus the Alleluia is sung for the last time and not heard again until it suddenly bursts into glory during the Mass of the Easter Vigil when the celebrant intones this sacred word after the Epistle, repeating it three times, as a jubilant herald of the Resurrection of Christ.