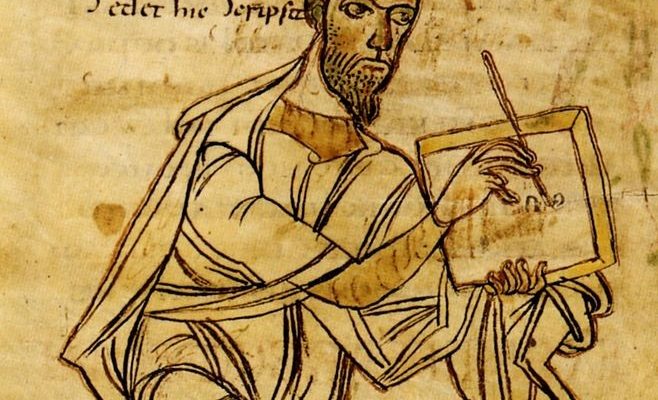 “The whole of chapter 12 is something like a love letter identifying and praising and giving thanks for life lived as one of God’s own in the world. It is a call to transformation that is positively giddy in its language.”

Unlike us, Paul couldn’t meet his congregants on social media; he traveled extensively around the Mediterranean region proclaiming Christ, defending the nascent faith and leaving newly founded infant churches in his wake. To them he would send a letter or letters to keep up their spirits, cheer them on and admonish them when they went off in the wrong direction.

It might be because he had not yet visited Rome or its fledgling flock that his epistle to the Romans is his longest. In many ways, it is also the most restrained of his letters. There is no clear conflict in the Roman Christian community to be addressed [which generally has been the case in his other epistles] and, since he has not visited this community, there are no relationships on which to draw. In fact, he’s essentially introducing himself and the gospel he proclaims to a group of strangers.

Themes abound in this letter, here are some of which to be aware as you read mail addressed to the community in Rome:

• Sin is a real thing and Paul is not shy when addressing the subject of sin. At its base, shorn of its particularities, sin is always an act of rebellion against God. See especially 1.18 – 3.20

• But God’s radical grace is for everybody. We’re all in the same boat when it comes to sin. The good news is that God is in the forgiveness business. God’s sense of righteousness carves a path for reconciliation, no matter who one is; God is an impartial and merciful judge who wills to redeem each human being. Especially 1.16-17; 3.24; 5.12-21; 11.25-36.

• Paul expresses a strong desire for equity and understanding between Jewish Christians and Gentile Christians in this new community. The short history of these two groups prior to this letter was a tad tumultuous because of machinations wrought by Roman authorities who artificially split the community into a broadly ethnic split.

• Creation is good and a reliable reflection of its Creator and there is a connection between humanity and the rest of the created order. We humans, along with the rest of creation, eagerly await the consummation of God’s reign. Don’t miss the marvelous language of this segment: “We know that the whole creation has been groaning in labor pains until now; and not only the creation, but we ourselves, who have the first fruits of the Spirit, groan inwardly while we wait for adoption” 8.22-23.

• The whole of chapter 12 is something like a love letter identifying and praising and giving thanks for life lived as one of God’s own in the world. It is a call to transformation that is positively giddy in its language. For instance: “Let love be genuine; …love one another with mutual affection; outdo one another in showing honor. Do not lag in zeal,…be ardent in spirit, …be patient in suffering, persevere in prayer. Contribute to the needs of the saints; extend hospitality to strangers….Rejoice with those who rejoice, weep with those who weep…. Live in harmony with one another; do not be haughty, but if it is possible, so far as it depends on you, live peaceably with all” [12.9-18, passim].

Vicki Garvey has a passion for learning and teaching, and unsurprisingly, for the Church. In her professional career she has taught at nearly every level from 2nd graders through graduate school, but she has spent most of that teaching time at Seabury-Western Episcopal Seminary, where she taught biblical languages and biblical theology, her doctoral area. Vickie served at the Diocese of Chicago’s Bishop’s Associate for Lifelong Christian Formation. These days, she serves on two faculties for the wider church, consults with a couple of dioceses concerning congregational vitality and continues to speak, facilitate workshops and lead retreats.