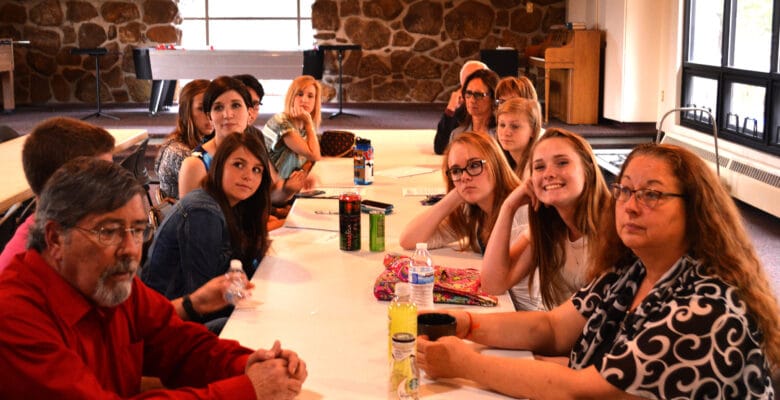 Today, the Episcopal Church recognizes baptism as full initiation into the Body of Christ, and with that comes admission to Holy Communion. What remains less clear, as expressed through the diverse practices of local congregations and dioceses, is the purpose of the Rite of Confirmation. If confirmation does not complete baptism as Thomas Cranmer suggested in the 1540 Book of Common Prayer, if it is not required to receive Holy Communion, and if it is not the litmus test for membership in the Episcopal Church, what is it? And, why bother?

These were the questions that haunted me in the fall of 2012 as I accepted an invitation to join a preliminary study of youth confirmation practices in five Protestant denominations. Now four years later, after two generous Lilly Endowment grants and extensive research, I have become a near-rabid youth confirmation advocate.

As long as the Rite of Confirmation remains lodged in the Book of Common Prayer, the Church has an obligation to provide intentional faith formation. If, “in the course of their Christian development, those baptized at an early age are expected, when they are ready and have been duly prepared, to make a mature public affirmation of their faith and commitment to the responsibilities of their Baptism” (BCP, 412), the Church must pay attention and notice when young people are ready to examine their faith.

We must then offer intentional means by which they can be prepared to make a confident, public affirmation of their faith. To the extent that parents still expect their children to be confirmed, there is also a cultural window in early adolescence with higher than normal expectations for faith engagement, and the Church is foolish to ignore it.

Consider too what Bishop Ted Gulick says later in this issue about the role of confirmation in the Episcopal Church today:

“. . . we have been working so hard to include all within the saving embrace of Christ’s cross. Now it is time to disciple the included. Intentional confirmation, teaching and practice grounded in baptismal theology is the Church’s best opportunity to do that.”

While confirmation is not the unfinished work of the Holy Spirit, it may provide exactly the ecclesiological structure we need to transmit a living faith to the next generation, particularly as doing it as we have always done it religious affiliation declines precipitously.

Renewing a Commitment to Confirmation

The time is right for a renewed commitment to confirmation preparation and celebration, and we have sound research to guide the way. The Confirmation Project set out to “learn the extent to which confirmation and equivalent practices in five Protestant denominations in North America are effective for strengthening discipleship in youth.”

With 6,777 completed surveys (parents, leaders, and youth) and 25 completed program visits (to congregations and confirmation camps) the Project has extensive data to describe the current state of confirmation practice and to inform our future.

First there is good news. Healthy confirmation programs exist and they can be found in tiny congregations and large program churches across the United States. There are young people who look forward to confirmation:

“I just hope that it will help me start to build a personal relationship with Jesus and God because it’s just a really hard thing to start if you’re just thinking about it by yourself and it’s really good to connect with people and to try to build on that throughout your life. So I feel like it’s really a start or more deep thinking about religion. Like not just go to class, get confirmed, and be done, but it’s really the start of making your religion the center of your life and really helping it drive you.”

And there are young people who are asking deep questions and expecting a lot from their confirmation experience:

“This is a really weird time in our lives, there’s a lot going on and this is a place to really ask the questions: ‘Why are we all here? What’s the world for?’ And if you build a real relationship with God it’s a lot easier to be comfortable with not knowing exactly why everything happens.”

A Closer Look at the Data

A demographic scan of the Episcopal survey data is revealing, particularly in comparison to the findings from site visits and to data from other denominations. From a total of 1,139 completed surveys (155 parents, 350 youth, 634 leaders), Episcopal confirmation programs are small: 40.1% of the leaders indicated their programs would have five or fewer participants that year, and just 25.1% expected 6-10 young people. Only 1.3% of the surveyed congregations had more than 50 teenagers active in their program.

While 64% of the respondents use a lecture format to teach, 97% also incorporate group discussions, 56% use a variety of experiential and hands-on learning activities. Almost half (49%) of the programs include adult mentors, reflecting a range of pedagogical approaches designed to engage young people more fully.

Perhaps it shouldn’t be surprising that 44.1% of the Episcopal parents who responded to the survey have a Master’s degree or higher, and 76.5% of the confirmation leaders meet that same threshold. We remain a well-educated denomination, and that has implications for how we practice discipleship.

A cluster of responses suggest many of our congregations have moderate to low expectations of young people in their confirmation programs. Forty-one percent require no independent volunteer hours inside the congregation and only 29% require one to five hours of parish service by individuals. By comparison, 15% of ELCA congregations require 20 or more hours. Perhaps more surprisingly, 55% of the Episcopal respondents require no wider community volunteerism.

The results show a more promising commitment to mission or service projects as a group. Thirty-four percent require such participation, but another 34% do not offer it at all. While 61% of our congregations do offer young people an opportunity to write a statement of faith, 76% do not offer a structured environment to present it. A good 95% of the congregations expect young people to attend the confirmation classes, and 72% require some measure of church service attendance during their program, yet only 8% of us keep attendance records, and 73% keep none at all!

There is also evidence of minimal program evaluation with 66% of responding congregations depending on oral feedback from participants and only 6% collecting written feedback from parents and 24% from youth. In general, it seems Episcopal congregations prefer to offer young people a menu of choices as they prepare for confirmation. The components are sound but the Project site visits suggest something more is needed.

Healthy confirmation programs work off the real lives of people and congregations. Quality confirmation preparation is highly contextual and an intentional component of a congregation’s faith formation/discipleship ecology. Innovative programs emerge only after processes of deep listening to the lives of teenagers and paying close attention to the theological commitments of that particular faith community.

Confirmation cannot be transformative as a traditional class with a pre-purchased curriculum. At their best, confirmation programs are congregation-wide commitments. They are intergenerational and highly relational, led by dedicated and skillful leaders who are well-formed Christians.

A focus on the uniqueness of each confirmand allows a program to be responsive to individuals while modeling the tradition. When young people feel seen and heard, their faith readiness becomes apparent. When they sense that they are valued, confirmands can be drawn into authentic community life where mutual respect and deep examination of belief and practice matter. Creating a responsive and engaging climate both sustains a confirmation program and strengthens the congregation.

So, what is [youth] confirmation? And, why bother?

Youth confirmation is a culturally-sanctioned, developmentally ripe season of “faith intensification.” Done well, confirmation equips young people to discern their readiness to “stand up and be counted” as a follower of Jesus Christ in the context of a particular Christian community, tradition, and time.

Whether confirmation survives the next Prayer Book revision process or not, there will always be a need to engage teenagers in a relevant, life-giving process of faith formation where they can encounter Jesus. Indeed, people of all ages would benefit from such an immersive experience in discipleship. Readiness and faith maturity shift across the decades of our lives, which is exactly what the repeatable Rite of Reaffirmation (BCP, 419) offers.

Dr. Lisa Kimball is the Associate Dean of Lifelong Learning and the James Maxwell Professor of Lifelong Christian Formation at Virginia Theological Seminary. She recently served on The Confirmation Project Advisory team, representing the Episcopal Church in a five-year study of youth confirmation, and is currently directing Baptized for Life: An Episcopal Discipleship Initiative, two outward expressions of her passion for equipping people of all ages to live courageous Christian lives.