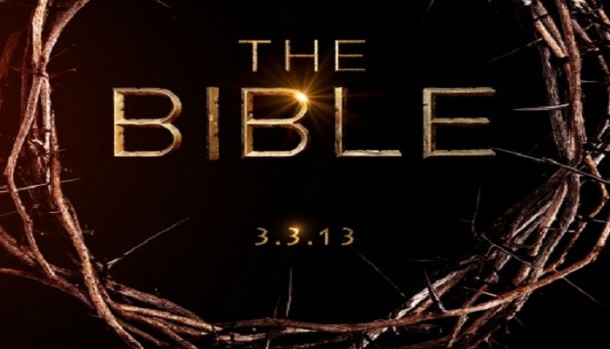 “…the scarlet thread of redemption found in the Bible from Genesis to Revelation, using the latest special effects and quality film-making techniques.”

A Special TV Miniseries
The Bible is an epic five-week, 10 hour television miniseries premiering March 3, 2013 on the History Channel from Emmy Award winning husband and wife team, Mark Burnett and Roma Downey. Each week the History Channel will show episodes on Sunday and Wednesday nights. Lifetime will also show episodes on Monday nights. The creators of the miniseries state, “The Bible miniseries is not a documentary, it is a scripted, acted docu-drama filmed on location in the Middle East and Morocco. Inspired by re-watching the classic Ten Commandments film, the Mark Burnett and Roma Downey set out to show the scarlet thread of redemption found in the Bible from Genesis to Revelation, using the latest special effects and quality film-making techniques.”

Context
There is a disclaimer that seems to accompany all the publicity for this broadcast: The Bible Miniseries realistically depicts scenes from the Bible including battles, massacres and the crucifixion. Some scenes may not be appropriate for children —we would advise leaders and parents to treat this production like a PG-13 movie and make viewing decisions appropriately. Endorsed by a number of well known evangelical Christians, such as Rick Warren and organizations such as Campus Crusades for Christ and Focus on the Family, some may find the production very literal in its interpretation. But then, how many of us grew up thinking Charlton Heston was Moses?

Learn more here, as well as other study guides for churches for using while viewing, including previews.