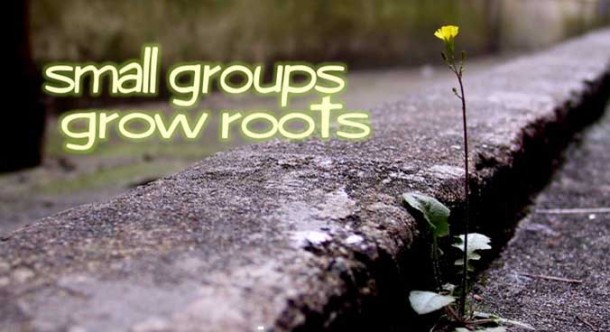 Small groups of all kinds are an integral part of a healthy and vibrant congregation.  They train new leaders and give the congregation a growing base of educated and involved members. They provide education and instruction, and most importantly, fellowship and community.

Just as individuals go through stages of development over our lifetimes so do groups.  As you put together small groups for the upcoming year, it is important to their health that you provide your leaders with training and leadership development.

One aspect of that training should include the life cycle of groups.  While many theories are available, one of the most commonly cited was developed by Bruce Tuckman in the 1970’s.  It has five stages:

Stage I:  Forming is characterized by participants being polite and often superficial in their interactions in the group.  People are testing the amount of compatibility with others.  Anxiety is usually high. The individual’s need is to establish safe patterns for interaction.  The group’s need is to establish criteria for membership and interaction.  Typical questions include, “Do I want to be part of a group with these people?  Are they going to accept me? At this stage the group is very dependent on the leader to provide guidance and direction.

Stage II: Storming is characterized by individuals beginning to challenge differences as they seek to retain (or regain) their individuality, influence and power.  This may be directed at the leader or other emerging leaders.  Individually people are working out their own control needs so that they maintain a sense of control while still being part of a group. This may come as direct attacks on the facilitator or covert non-support of the work of the facilitator or group.  The group’s need is to persevere so that they develop norms and patterns for decision making within the group.  Usually the most unpleasant of all the stages, it is, however, vital for the group to go through this stage.

Stage III: Norming is characterized by the group finally becoming a team or cohesive unit.  It negotiates roles and processes for its work and study, tackles goals and works together collaboratively.  Individuals are working on care and affection for others and fellowship among the members.

Stage IV: Performing where the group is working on achieving its goals by recognizing the unique gifts of each member and utilizing them to everyone’s benefit.  There is a real sense of accomplishment with the final accomplishment of the goals.

Stage V: Transforming is the achievement of the goal and the decision on how to move forward – either re-forming into a new group or ending.  Groups that have achieved their goal and bonded interpersonally tend to want to hold onto the experience and stay together.  We see this often in EfM (Education for Ministry) groups who devise a “Year 5” group or some other way to stay together.  But what developmental theory tells us, and what many of us know from experience, is that when a group has achieved its goal it should recognize and celebrate that achievement and their ending.  A critical part of transformation is dis-engagement.  “Failure to disengage, to recognize that the life of the group, as its members have experienced it, has come to an end, will only lead to a hollow, unfinished feeling in the future. Even if the members were to remain in contact, or if a reunion were to occur (which seldom happens), the experience will never be the same, as the contexts of each of the members will have changed. ”

(The Group: A Cycle from Birth to Death by Richard C. Weber)

The Power of EfM: Education for Ministry

Can Christianity be Coached? 3 Perspectives for Christian Educators

The Congregation that Reads Together: A Book Basket Enhances Adult Education

A Church Takes Adult Formation into the Community: “Prayerbooks and Potables”

Find out more about Building Faith