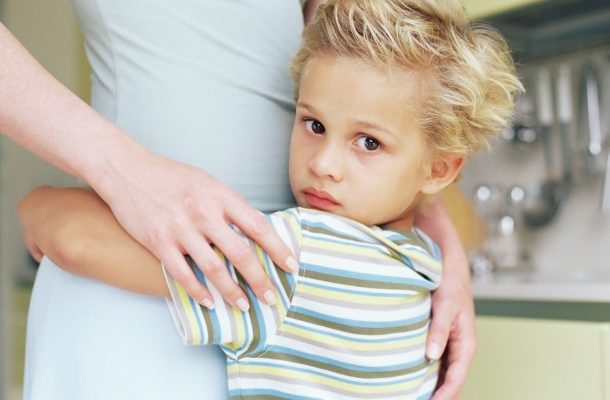 There is a challenging child in every group. As Christian educators we learn about Autism, Asperger’s, learning disabilities, and physical disabilities. We do everything in our power to meet children where they are and welcome them into our midst. We know Christ calls us to do so.

But what about the kid that doesn’t fit any diagnosis you’ve heard of? The little boy who cannot make it through class, worship, or social functions without a confrontation? The little girl who sits and stares and hides behind her hands when anyone tries to draw her in? The kid who seems very immature for his age, still throwing tantrums or hiding behind Mom when he’s much too old for that sort of thing?

That’s my kid, and his issue is early childhood trauma. I’ve become the world’s greatest unrecognized lay expert on early childhood trauma. And looking back at kids I knew as a teacher, looking forward as my son navigates his anxiety-filled way through the world; I am called by these children and by God to share what I’ve learned with as many people as I can.

Our little boy was born six weeks premature to a barely adolescent mother. At two months he finally went off oxygen, and his teen parents celebrated by going to a party. Where they left him. They assured me later that they were coming back for him, and I believe them. They had no inkling of what made their action so terribly irresponsible. But the police did, and took him into protective custody, turning him over to the county’s foster care system. From there, he went through seven families in eleven months before God brought him to us.

During that first year, we all know what’s supposed to happen. Babies are meant to be held, fed, rocked, cleaned, cooed over, talked to, celebrated, looked at – in short they are meant to have thousands of positive human interactions during that time. And critical neurological development occurs as a direct result of those interactions.

He has many learning disabilities, and at nine is still struggling to read and write, but can now sit with the preschoolers and listen to the Godly Play story.

Most profound, he is stuck in a sort of permanent ‘fight or flight’ reaction to the world, and the path to calming his limbic system and allowing the more evolved parts of his brain to grow is a long one. There aren’t many treatment centers that know how to address this, but God brought us to one of the best.

For the first time in his life, he’s in a setting where he fits right in with the other kids. They are all disregulated*, hypervigilant**, off balance, confrontational, anxious, terrified, aggressive, or withdrawn.

Early childhood trauma is caused in the first four critical years of brain development. It is different from Post Traumatic Stress Disorder in that basic neurological development is affected. It can only be addressed by specific therapies that recreate the rhythm and repetition of those early human interactions. And it doesn’t only affect children adopted from international orphanages or the US foster care system; it can be caused by medical issues in early years, by the loss of a parent or sibling in early years, by a parent’s failure to nurture in the early years. It’s more prevalent than you’d imagine.

So if you have a kid in your programs that’s driving you crazy and doesn’t fit the usual diagnoses, there could be trauma. I tell you this not because you can fix it, but because your calm understanding and acceptance will do so much to help that child be a part of your community. And that community in itself is a priceless bit of safety for these children.

*Disregulation is exactly as it sounds: the brain is unable to organize and catagorize thoughts and input effectively, leaving a child in constant mental chaos.

**Hypervigilance can look like ADD/ADHD, but is in fact the opposite. Instead of being unable to focus on anything, a traumatized child focuses on everything, because she never knows from where a threat might appear.