Home/Featured/Faith and Learning: The Life of Anna Julia Haywood Cooper 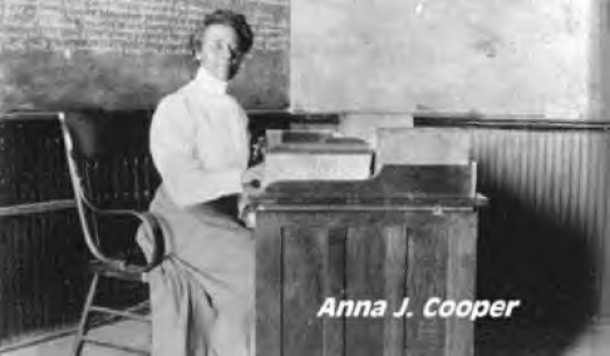 February 28 marks the liturgical feast day of Anna Julia Haywood Cooper, author and educator born in 1858 who lived to be 105. She was one of the most prominent African American scholars in United States history. She certainly lived through a lot of history – her life span included the Gettysburg address and Martin Luther King Jr.’s “I Have a Dream” speech!

Perhaps Anna Cooper is not a household name, but she sure should be – especially in our churches. She is a spiritual hero to us, modeling a Christian life well lived in service to others and good health – mind, body, spirit, and brain – to boot.

In 1858, Anna began life in ante-bellum Raleigh, North Carolina, one of seven daughters born to a slave woman and landowner. At the age of nine, she received an award to attend St. Augustine’s school, founded by the local Episcopal diocese for the purpose of training teachers to educate former slaves and their families.

Now Anna was quite the Renaissance woman, excelling in the diverse subjects of liberal arts, math and science. She fought the school’s administration for the right to take “men’s courses” such as Greek. She paid for her studies by working as a pupil-teacher. Teaching agreed with her, and she went on to become a high school teacher.

Published in 1892, her first and best known book, A Voice from the South: By A Woman from the South, is a prophetic expression of black feminism. She believed that it was the duty of well educated, successful black women to help educate the less privileged black women She began her doctorate studies at Columbia University at the age of 56 and completed her degree at the Sorbonne in Paris at the age of 65 after taking some time off to raise her half-brother’s five children. She lived to be 105 years old!

Anna Cooper was the spiritual heir of a long line of biblical figures dedicated to the love of learning, teaching, and wisdom. As the day’s collect and lectionary readings indicate, these pursuits are rooted in divine inspiration.

Jesus was only 30 years old, yet he had the wisdom of an 80 yr. old. He must have been very good at learning from God, in addition to learning from other people.

In our times, learning and teaching are often associated with knowledge, degrees, and getting ahead in society. Divine inspiration and wisdom have been separated from these academic pursuits. An unfortunate result is that most people do not continue to learn as they get older, even though learning is one of the best known ways to preserve brain health and memory.

Neuroscientific findings indicate that the well integrated  mental activity we refer to as wisdom is the brain’s major goal at midlife and beyond. So Anna Julia Haywood Cooper sets a great example for us, getting a PhD at the age of 65 to lay the mental groundwork for another 40 years of spiritually productive living.

When we allow divine inspiration to motivate and mediate our learning and teaching, all things are possible!

Phyllis Strupp is the author of “Faith and Nature: The Divine Adventure of Life on Earth” (An eco-friendly intergenerational faith formation program), she (and her three cats) live in Scottsdale, Arizona. Learn more about her work at Brain Wealth.