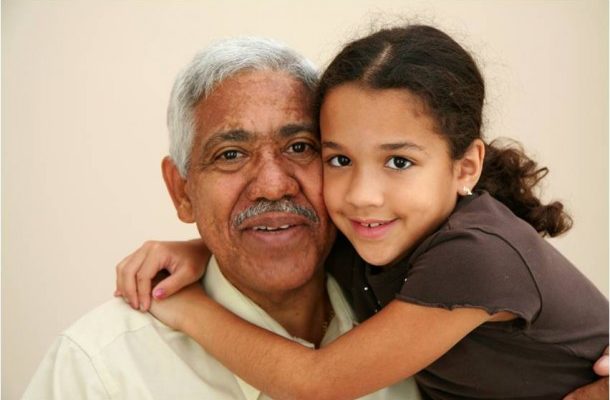 Elizabeth Hock is a writer for the Laker Weekly / Roanoke Times. This article first appeared on May 17, 2013 and is used with permission.
Grandparents Becoming Parents

It’s been said that one of the best things about being a grandparent is that you can enjoy your grandchildren and at the end of the day, turn them over to their parents. But some grandparents, instead of sending them home, are providing their home.

At Smith Mountain Lake, (Virginia) as is the trend across the country, more and more grandparents are taking sole responsibility for their grandchildren.

The reasons vary — the parents’ substance abuse, illness, financial problems, job loss, death, incarceration. So do the challenges they face.

The Rev. Philip Bouknight, pastor at Trinity Ecumenical Parish in Moneta, is familiar with their struggles; several members of the Trinity congregation are raising their grandchildren or great-grandchildren.

“Unless you’ve experienced it, it’s kind of hard to walk in their shoes,” Bouknight said.

In April 2012, Bouknight welcomed nine families to Parents Again, a ministry for those who head multi-generational households. Since then, it has met monthly and averages about six families headed by grandparents or great-grandparents. The ages of the children they care for range from newborn to 17. There is no charge, and participants do not have to be Trinity members.

“I’ve dealt with the best and worst of humanity on a regular basis, and the stories they’ve shared ripped my heart open to let me know that this was the perfect ministry for this group,” Bouknight said.

Many of their stories involve financial, emotional and physical challenges. They range from dealing with the grandchildren’s parents, to how to discipline, to how to manage the financial burdens at a time when they had hoped to enjoy retirement.

The group provides an outlet for members to express their concerns and share their fears and joys with others who can empathize. Bouknight serves as facilitator.

“We are completely truthful with each other,” said Bitsy Anderson, who, with husband Reggie, is raising their 7-year-old great-granddaughter, Kylie.

Beckie Sherman, 68, and her husband, Bob, 70, are helping to raise their 4-year-old grandson, Trystan, and 3-month-old granddaughter, Tayrn. The children’s mother, Katrina Chandler, who is physically disabled from a brain tumor, and her husband, Adrian, also live in the Shermans’ Bluewater Bay home.

Beckie said she was looking for a little me-time, a respite from the chaos and confusion that can come from living in a multi-generational home, when she decided to participate in Parents Again.

“I wasn’t so much thinking that I would learn or even sure I could contribute, because mine was a little different scenario,” she recalled. “I had no idea so many people are going through this. We have more in common than I ever thought we would.”

Bouknight brings in speakers, such as licensed family counselors and financial and legal experts, to address issues specific to blended families.

Trinity’s support doesn’t stop with Parents Again. While the grandparents are meeting, a Christian education class for the children is provided at no cost.

“Because child care is such a big obstacle, we don’t want to do anything to keep people away,” Bouknight explained.

The grandparents also can take advantage of Trinity’s Parents Night Out ministry.

They can drop the children off at the church and join other parents for a night out or spend time by themselves. Bouknight said raising young children can take its toll on grandparents, and the Parents Night Out gives them time to nurture their marriage.

“Some of these grandparents are in second marriages, and they never even raised children as a couple. It can put a real strain on a marriage,” he said.

The number of grandchildren younger than 18 who live with their grandparents is about 5 million, according to the 2010 U.S. Census. Bouknight said that’s a huge increase from decades ago.

Bouknight said three of the nine families in Parents Again are headed by grandparents who have not retired.

Many live at or below the poverty line. As they age, they face their own health issues. Their retirement plans have been changed or postponed. Some of the grandparents do not know where their own children are, if they’re coming back or even if they are alive.

For Melody and Bob Hirsch of Moneta, who are raising their two grandsons, Parents Again has given them a reason to be thankful.

“We went into it thinking nobody understands, but it’s good to know other people are facing similar day-to-day things, even though their situations are different. We realized we may have one of the least-difficult roads compared to some other stories we heard. We found out we don’t have it so bad.”