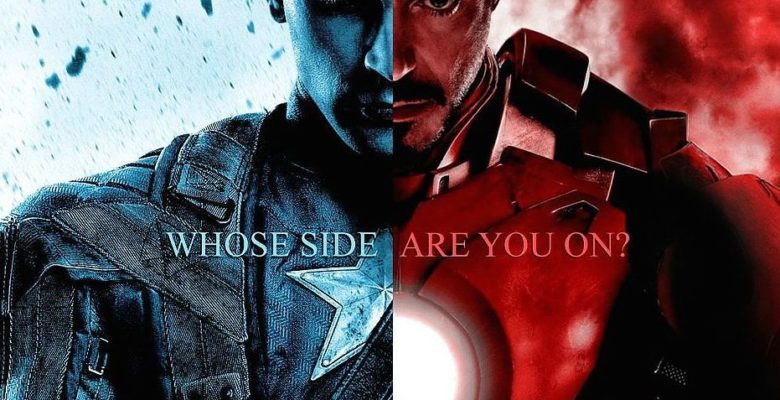 “Each person is tempted when they are dragged away by their own evil desire and enticed. Then, after desire has conceived, it gives birth to sin; and sin, when it is full-grown, gives birth to death (James 1: 14-15 NIV).”

Captain America: Civil War is not a superhero film, it is an ethics piece. There are lots of superheroes (I counted 12, are there more?), and they are spectacularly portrayed, thanks to an incredible cast and a beautiful script. But I repeat, not a superhero film. Despite well-designed fighting and action scenes, laugh-out-loud moments of hilarity, and a skillfully orchestrated flow of narrative, this film cannot escape the fact that it asks an ethical question, one that resonates to the very core of who we are as humans, “Whose side are you on?”

How the Question Arises
In the film, the Avengers – led by Captain America – are informed that their days of operating with “unlimited power and no supervision” are over. The governments of the world demand the signatures that will put the Avengers squarely in the “supervision” category. Captain America believes this will severely limiting their ability to fight evil. Discussion takes place, debates are had, points of view are shared. But ultimately, there is no consensus. No one listens and no common ground arises. The Avengers find themselves on the edge of interior conflict, of civil war.

We’ve all be there, haven’t we? During a conversation or a debate, we realize that we are not going to agree. We should be able to leave it there, at the simple understanding that we are not in agreement. But rarely can we do that. We don’t actually believe that “agreeing to disagree” is a point of strength; rather we feel it to be a sign of weakness. If the other person or the other side doesn’t come to see things our way, we have failed.

And so we flex our muscles. We issue challenges. We mistake disagreement with conflict and we display the strength of our argument.

This is the pivotal moment. There are six people in the room and the tension is high. Voices rise, tempers flare. In the midst of it all, the aptly named Vision delivers a short, yet haunting homily:

In Vision’s words, I hear echoes of the writing of James.

“Each person is tempted when they are dragged away by their own evil desire and enticed. Then, after desire has conceived, it gives birth to sin; and sin, when it is full-grown, gives birth to death (James 1: 14-15 NIV).”

God is not the one who brings evil or catastrophe. That’s on us. The moment we feel the need to pose the question, “Whose side are you on?” we give way to temptation, challenge, desire, conflict, sin, catastrophe, and death.

On screen, the story descends into a civil war that pits former friends and comrades against one another. Ultimatums are put forth, weapons are forged, and innocent people die. In the aftermath, Vision cradles his friend in his arms and utters a single word, “Catastrophe.”

Living Our Lives for a New Creation
Conflict, sin, catastrophe…this is not the Way of Jesus. At Creation, heaven and earth were one realm, and God was present among us. But when Sin and Death entered Creation, our ability to discern God’s presence was impaired. We interpret this as being separated from God, but God hasn’t gone anywhere.

God does not abandon Creation, but sends out a rescue mission – through prophets and sages – which culminates in the person of Jesus Christ, who shows us the way to live our lives so that we might usher in God’s Kingdom and New World – a new Creation. Even though Sin and Death exhaust themselves upon Jesus, the Resurrection shows us that God is not destroying the world, but remaking this world into God’s New World, “a New Heaven and a New Earth (Revelations 21:1 NIV).”

We Aren’t Asking the Right Question
I don’t believe asking “Whose side are you on?” brings us to the Way of Jesus. What if, in asking that question, we lead others and ourselves into the temptations of our evil desires? Could asking that question be interpreted as a challenge, which incites conflict, which breeds catastrophe? Are any of those the kinds of things that will last into God’s New World? I don’t believe they will.

In the book of Joshua, the people of God are camped outside Jericho. Joshua encounters an angel of the Lord dressed in armor and carrying a sword. Joshua asks the angel, “Are you for us, or for our enemies?” Joshua asks the question we all want to ask, “Whose side are you on, God?” How does the angel, the commander of the armies of the Lord, this messenger of God, answer Joshua’s (and our) question? “Neither,” he said…”now take off your shoes for this a holy ground (Joshua 5: 14 & 15).”

In the film, none of the Avengers gets it right. Neither side listens well. Neither the Way of Captain America nor the Way of Iron Man embodies those things that will last into God’s New World. It is not until the very end that they abandon taking sides and allow their relationships and friendships to trump stubbornness and doctrine.

You might want to ask me, “Aran, whose side are you on?” My answer? I’m taking off my shoes.

Aran Walter is a husband, dad, brother, son, friend, youth pastor, as well as a priest at St. Thomas Episcopal Church in Menasha, WI. He likes rice crispy treats, social media, conversations, coffee, hearing stories, and trying to live life according to the teachings of a Jewish rabbi.

END_OF_DOCUMENT_TOKEN_TO_BE_REPLACED 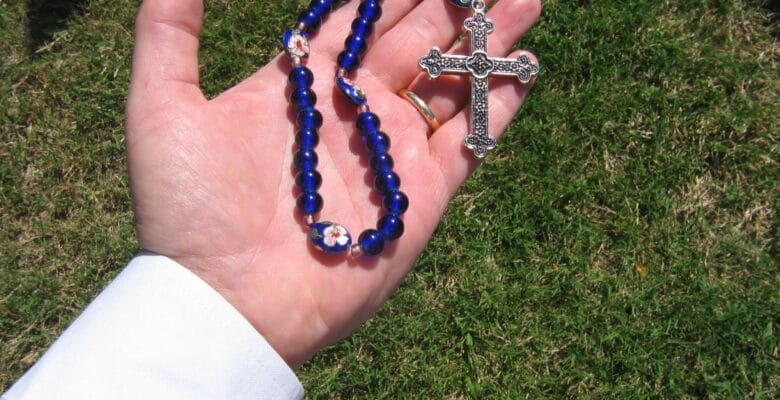