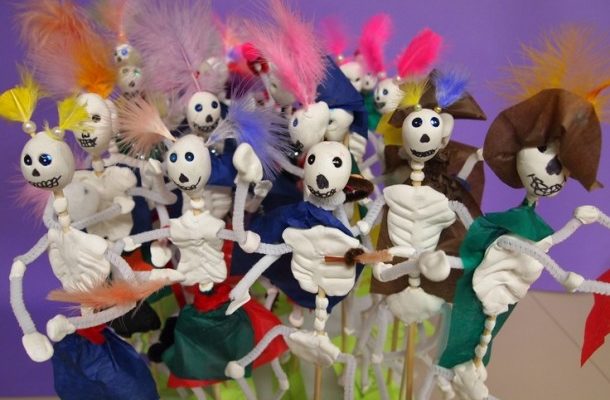 “In some locations, celebrants wear shells on their clothing, so that when they dance, the noise will wake up the dead.”

Day of the Dead
Día de los Muertos is a Mexican holiday that takes place on November 1st & 2nd coinciding with All Saints’ Day and All Souls’ Day. The holiday focuses on gatherings of family and friends who pray for and remember friends and family members who have died. It is also celebrated in the United States, especially Texas and California, where it is a cultural day of religious significance.

The origins of this modern Mexican holiday have been traced to indigenous observances dating back hundreds of years to an Aztec festival dedicated to a goddess called Mictecacihuatl.

Some families build altars or small shrines in their homes; these usually have the Christian cross, statues or pictures of the Blessed Virgin Mary, pictures of deceased relatives and other persons, scores of candles and an ofrenda (offering). Other decorations include using sugar skulls, marigolds, and the favorite foods and beverages of the departed and visiting the graves with these gifts. Traditionally, families spend some time around the altar, praying and telling anecdotes about he deceased. In some locations, celebrants wear shells on their clothing, so that when they dance, the noise will wake up the dead.

Making Calacas (skeletons)!
A common symbol of the holiday is a skull (colloquially called calavera), which celebrants represent in masks, called calacas (colloquial term for “skeleton”), and foods such as sugar or chocolate skulls, which are inscribed with the name of the recipient on the forehead. Calacas are basically skeletons having a blast in the afterlife! They are used as decoration and also to spoof on popular celebrities and politicians by creating calacas in their image. The tradition is to dress them up in colorful clothes and have them appear to be dancing, playing a musical instrument, eating, and just plain having fun.

Sugar skulls can also be made and are gifts that can be given to both the living and the dead. Other holiday foods include pan de muerto, a sweet egg bread made in various shapes from plain rounds to skulls and rabbits, often decorated with white frosting to look like twisted bones.

This post and recipe is used with permission from Growing Together: Secular Celebrations for Fall & Winter (volume 3), which includes many more ideas, activities, and prayers for Halloween and All Saints Day.

END_OF_DOCUMENT_TOKEN_TO_BE_REPLACED 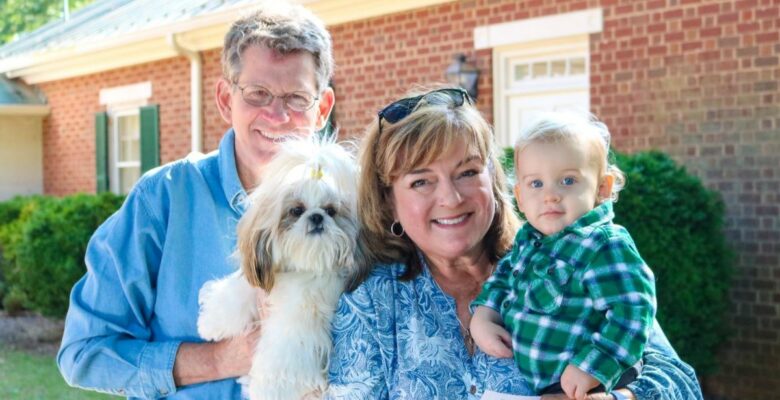