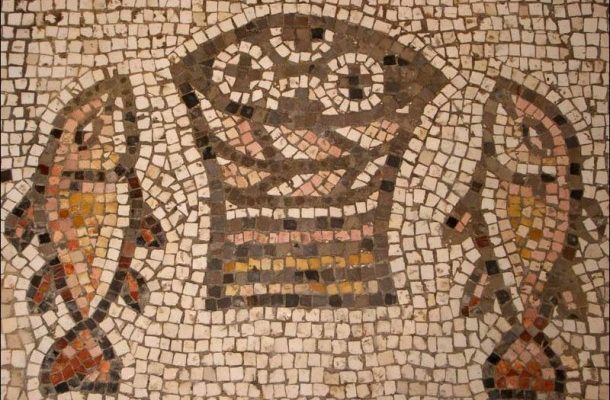 I am not a vegetarian, but know many, including family members. Recently I became aware of the Christian Vegetarian Association and wondered how and why such an organization existed. Their belief is that Jesus would likely be a vegetarian today. Does the Bible say anything about vegetarianism? Is eating meat sinful? What does it mean to “eat mercifully”?

In Genesis 2:15, God instructed Adam to “till” and “keep” the Garden of Eden, and by analogy we may see caring for God’s Creation as our sacred task. The typical meat eater’s diet can easily consume up to 14 times more water and 20 times more energy than that of a vegetarian. Many believe Adam’s “dominion” over animals conveys a sacred stewardship, since God immediately afterward prescribed a vegetarian diet (Genesis 1:29-30) in a world God found “very good” (1:31). Genesis 2:18-19 relates, “Then the Lord God said, ‘It is not good that man should be alone; I will make him a helper fit for him’” and God then created animals. Were animals created to be Adam’s companions and not his food?

Biblical scholars have suggested that meat eating may have been a concession due to the few food choices Perhaps Noah ate meat if he had little to eat with all plants destroyed by the flood (Genesis 9:2-4) before crops could have been grown again. Had humankind’s general violence and wickedness prompted the flood include the eating of meat?

Jesus said that God feeds the birds of the air (Matthew 6:26) and does not forget the sparrows (Luke 12:6). The Hebrew writings forbid inhumane slaughter or cruelty towards beasts of burden (Exodus 23:5; Deuteronomy 22:6-7, 25:4).

Luke 24:43 describes Jesus eating fish after the Resurrection. Other sources, ancient and contemporary, portray Jesus as vegetarian. Whatever Jesus ate, his diet was typical of 2,000 years ago in a Mediterranean fishing community which probably did not include much meat.

The Bible depicts vegetarianism as God’s ideal, and the diet conforms to the central biblical principal of stewardship. In Eden, God found everything “very good” immediately after giving both humans and animals a vegetarian diet (Genesis 1:29-31). Several of the prophets (such as Isaiah 11:6-9) foresee a return to this vegetarian world, where the wolf, lamb, lion, cow, bear, snake, and little child all coexist peacefully. Christian vegetarians believe we should strive towards the harmonious world Isaiah envisioned – to try to live in accordance with the payer that Jesus taught us, “the kingdom come, They will be done, On earth as it is in heaven” (Matthew 6:10).

Many early Christians were vegetarian, including the Desert Fathers. Since then, the Trappist, Benedictine, and Carthusian orders have encouraged vegetarianism, as have Seventh-Day Adventists. In the nineteenth-century, members of the Bible Christian sect established the first vegetarian groups in England and the United States.

While you may disagree with any of these interpretations of scripture, discussing how humans live alongside (including the consumption of) animals might make a lively discussion among youth, young adults, or adults in your congregation. In addition to resources from The Christian Vegetarian Association, The Humane Society in the United States has produced a documentary entitled, “Eating Mercifully” which debuted at Washington National Cathedral in 2008. It includes study guides for adults and teens along with DVDs for free. The Humane Society also offers a downloadable booklet for congregations, “Animal Protection Ministries: A Guide for Churches.”

As the Reverend Richard J. Mouw, President and Professor of Christian Philosophy at Fuller Theological Seminary states, “As the Christian tradition reawakens to the human responsibility for stewardship of God’s creation, it is crucial for churches to have practical ways to put these [care of animals] ideas into practice.”