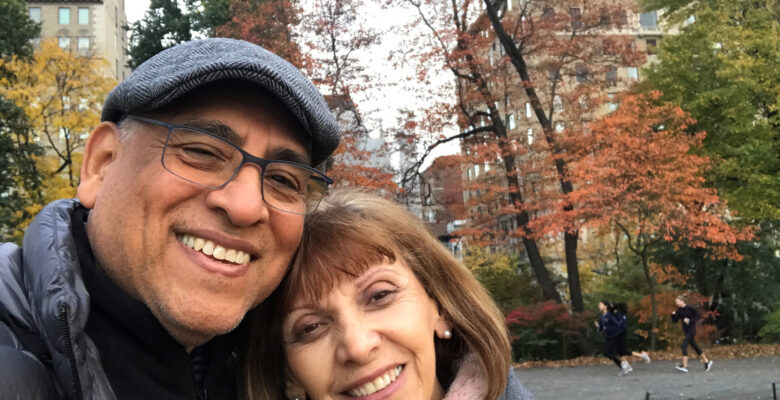 Bridge is a word that perhaps best describes the work of Anthony Guillén, missioner for Latino/Hispanic Ministries and Director of Ethnic Ministries for the Episcopal Church. “When you say the word bridge,” he said recently, “that describes me to a tee.”

He sees himself, for example, spanning the gulf between inquirers and knowledge. While he may not have that knowledge at his fingertips, he knows how and where to find it. Similarly, Guillén connects people of different ethnicities with new ways of thinking. “I just like bringing people together,” he said.

Being a bridge, he added, means sustaining the tension between two points and the weight that it must bear. “It is a stretching, tiring place to be,” he said, “but God gives us the strength to do that.”

Two other words that have defined Guillén throughout his life are out loud.As a child, school was difficult for his hyperactive approach to life. The reading and writing it required rarely inspired learning. A wise mentor encouraged him to go to the Episcopal Church Army to study after high school in New York City. There he discovered that for him learning came from doing and asking questions.

The purpose of the Church Army, which had international roots, was to conduct evangelistic missions and train young lay men and women for full-time missionary work.[1]While training for the Church Army, Guillén spent long, intense days doing ministry in the streets of New York City, listening to theologians, church historians, liturgists and others, and discussing everything along the way. “It was totally unconventional and always in small groups. My formation,” he added, “was out loud.”

His experience in New York continues to guide Guillén in his ministry today. “I learned that it is better to do things together than alone,” he said. Group interaction is what spurs his learning today. “Almost everything we have created at the Church we created out loud.”

The Center for the Ministry of Teaching relied on Guillén’s ability to listen and bridge gaps between groups and individuals to broaden the reach of eFormation gatherings to include the Latino community. Latino workshop and worship leaders enriched early conferences to broaden the cultural reach of technology in the Church.

Guillén said his greatest joy in Christian formation comes “when I see other people, especially laity, get that look in their eyes that says ‘I’m learning something’ or ‘I get it.’” He continued, “It warms my heart to see anyone, but especially adults, discover learning.”