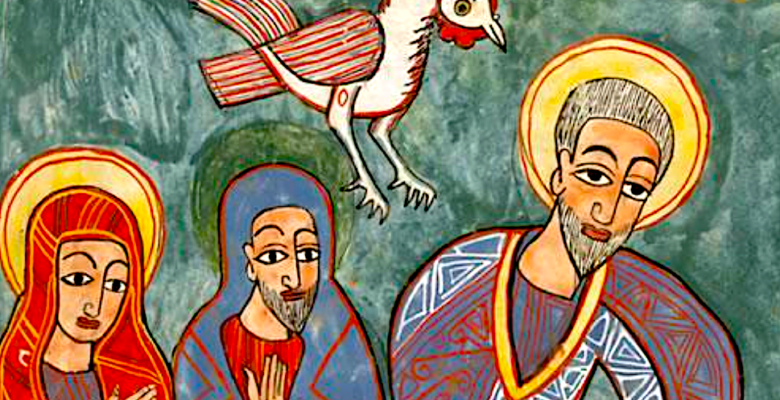 “Guilt and responsibility are mutually exclusive. Guilt holds onto the wound and so prevents it from healing. Responsibility is the first step in the healing process.” -Paul Ferrini

I have often wondered about Peter. His faith journey, like most of ours, is so inconsistent. He gets it right when he is the first disciple to correctly answer Jesus’ question, “Who do you say that I am?” (Matt 16:16), and then he immediately gets it wrong: “Jesus, I refuse to believe that anything bad will happen to you.” He follows Jesus into the garden to pray, getting it right, and then immediately gets it wrong, pulls out his sword and violently cuts off a guard’s ear. He puts away his sword and accompanies the arrested Jesus loyally to the high priest’s residence, and then proceeds to deny Jesus three times. I find Peter exasperating. The good news is that Jesus must not have, because he never quits on Peter. Jesus keeps on trying to help him get it, even after he is resurrected.

I can only imagine how racked with guilt Peter must have been after thrice denying his dear Lord and teacher (John 18:15-18). I think Peter wants to get it right, and I can relate to that. When I project myself onto Peter in this story, I feel sick to my stomach. If I denied a friend or a trusted teacher once it would be bad. But three times? How did he live with himself after this? How could he have gotten it so wrong? The loyal friend in me wonders if Peter will ever be able to forgive himself. The good student in me can imagine the anguish he must have carried. 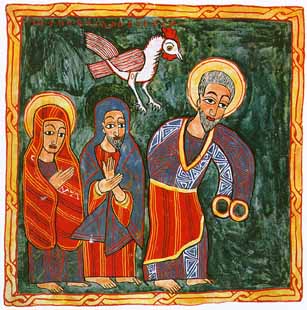 When I lead retreats on forgiveness, I usually start with a session on self-forgiveness. I do this because over the years I have repeatedly heard from participants, “Oh, I know God forgives me, but I cannot forgive myself.” Or, “She has forgiven me, but I cannot forgive myself.” We have trouble understanding our actions. We find it hard to believe that we’ve done something we think we are not capable of. We don’t want to know about this part of ourselves, so we deceive ourselves in order to protect our self image.

The key to self-forgiveness is self-awareness. What was going on with me back then? What part of me was in charge when I did or did not do the unforgivable thing? What was I feeling that was so overwhelming that I could not deal with it any other way? When we act in ways that seem hard to understand, we must look deep within and be completely honest with ourselves. I was scared. I was embarrassed. I was ashamed. I was selfish. I was lazy. I was hardened. I was righteous. I was entitled. Until we can take responsibility for what was happening inside of us, we usually cannot forgive ourselves. We just keep justifying our actions which keeps us from looking deep within. And then self-forgiveness never comes. Perhaps there is some relief in knowing that we have a forgiving God, but until we have enough self-awareness to honestly name the sin ourselves, it seems impossible to truly move forward.

Peter, like we, often lacks this self-awareness. What was going on in him? Was he scared? Was he afraid he would be arrested, too? Was this just self-interest? Was he less than sure about Jesus? Was he doubting? For Peter to forgive himself, he would have had to dig deep. I can imagine his prayer. “Dear God, I am so scared. I am scared of being hurt. Of being tortured. Of being arrested. I let my selfish fear keep me from doing the right thing. The moral thing. The loyal thing. I am racked with guilt for being such a wimp.” And then I imagine God saying, “Yup, Peter. You were scared and selfish. You sure were. Let’s talk about what has to happen so you won’t do that again.” Peter had to take responsibility for his actions, release his guilt, and learn, once again, the price of love. This is true repentance.

There are scholars who believe that when Peter wept bitterly (not in John’s account but in Matthew’s account of the three denials), he had a conversion experience. I have my doubts about this. I believe Peter felt great remorse when he realized what he had done, denying his Lord and friend three times. But remorse is not repentance. Peter could have great remorse, as we all do when we know we have totally blown it. But I don’t see his repentance, his true turning around, his digging deep, until the resurrected Jesus comes to him at the lakeside and Peter is back in relationship with Jesus. It is then that Jesus asks him, “Peter do you love me?”

My prayer for all of us this Good Friday is that we will know that even when, like Peter, we are exasperatingly inconsistent, Jesus will stay in relationship with us – helping us finally grasp what Love requires of us.

The quote at the top of this post is from Paul Ferrini’s book, The 12 Steps of Forgiveness. Greenfield: Heartways Press, 1991.