Home/Featured/Reflection: The Rise of the “Nones” 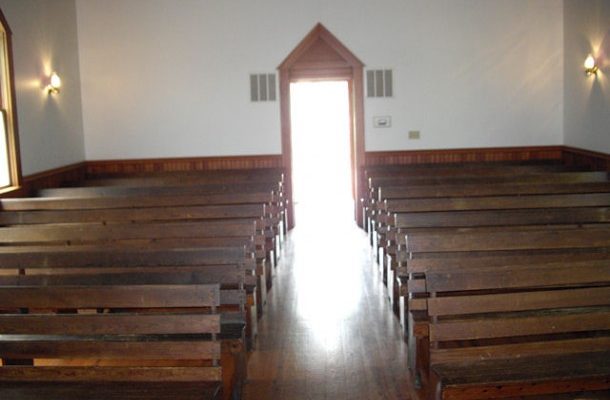 The Pew Forum’s recent report “None’s on the Rise” has caused much commentary about the current state of American society and the loss of trust in the institutional church. Many commenters have analyzed the trend rationally, or issued a call to greater evangelism as a result of these numbers. But as I read the report, I found myself heading in a different direction: becoming more aware of the many emotions behind the numbers.

I’m almost overwhelmed by the amount of grief behind this report. When adult children leave their faith, their parents often feel that they failed in the most important part of parenting. The number of parents wondering “where did I go wrong?” as a result of their adult children’s choices must number in the hundreds of thousands.

I’m equally aware of feelings of disappointment and betrayal. It appears from the data that many “nones” experienced some inner conflict in which their sense of integrity was betrayed by their continued church affiliation. They came to the conclusion that to retain their integrity, they needed to disaffiliate from their church. That’s not a decision often made lightly.

I am blessed to share life with family and friends who would count themselves among the “none”s. The stories of their disaffiliation from Christianity are heart- and soul-wrenching to me. When I hear them, I can’t help feeling that as a Christian, I’m not doing enough to make Christ evident. And so this report also brings up feelings of failure: failure on my part, failure on the part of the institutional church.

I’m aware of unspoken longings. The report states that in the 1970’s, only 3% of the population was raised unaffiliated. As one of that 3%, I remember longing for language, tradition, and ritual that would help me make meaning of my life. I didn’t have words for what was missing; I certainly didn’t think that religion was what I needed. I can’t help feeling concerned for the many children raised with no religious affiliation today. I have to imagine that they too long for a conscious connection with God – but don’t know how to put those longings into words.

And finally, as a Christian educator, I confess to feeling confused. Our task has shifted enormously from one generation to the next. Thirty years ago, we expected that those raised in the church would stay in the church. Now, we face an adult generation who has in many cases left the church, and children and youth for whom Christianity is a foreign language and culture. Despite the changes articulated in the Pew report, God’s mission of salvation and reconciliation continues. Our strategies on behalf of God’s mission must take into account today’s world. The situation we face is almost without precedent: mission in the world before Christendom was very different than it is in today’s post-Christendom age. Both the Pew Report data and the very real emotions it brings up belong in our prayers, because only God can lead us on the path we face. I pray that through His grace we may become equal to the challenge before us.

The Rev. Nurya Love Parish is an Episcopal priest and ministry developer. She currently serves as founding Executive Director of Plainsong Farm, a new mission agency of the Episcopal Church, and rector of Holy Spirit Episcopal Church, both in Michigan. She is the author of Resurrection Matters: Church Renewal for Creation's Sake. She has reached the late teenage stage of parenting with her firefighter husband.