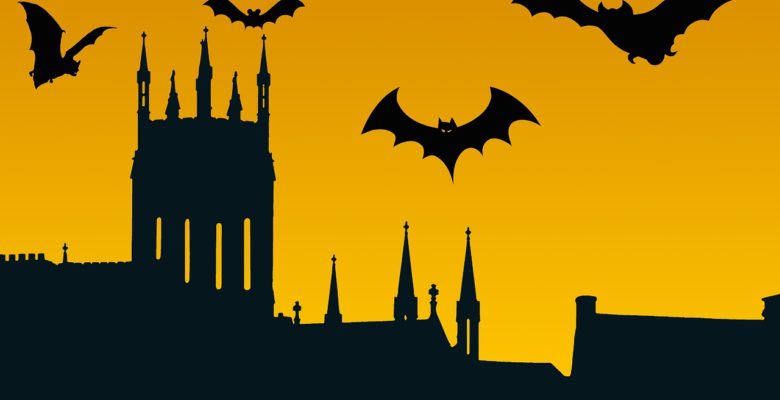 “Of all people, Christians should be joyful. The challenge is to use the creativity of the Creator to celebrate both the light and life He brought into this world.”

The History of All Hallow’s Eve
Halloween is shortened from “All-hallow-evening,” the eve of All Hallow’s Day, which is now known as All Saints Day. For you history fans, All Saints Day was placed on November 1 by Pope Gregory IV in 835, and All Souls Day was established as November 2 in 998. Millions of children celebrate Halloween each year with costumes, parties, and hi-jinks. But what are they celebrating? Where did these customs arise?

Halloween has its origins in the ancient Celtic festival known as Samhain; from the Old Irish samain). The festival of Samhain is a celebration of the end of the harvest season in Gaelic culture, and is sometimes regarded as the “Celtic New Year”. Traditionally, the festival was a time used by the ancient pagans to take stock of supplies and slaughter livestock for winter stores.

The ancient Gaels believed that on October 31 the boundary between the living and the deceased dissolved, and the dead became dangerous for the living by causing problems such as sickness or damaged crops. The festivals would frequently involve bonfires, into which bones of slaughtered livestock were thrown. Costumes and masks were also worn at the festivals in an attempt to mimic the evil spirits or placate them.

In pagan times, October 31 was New Year’s Eve, a night of evil and terror when “all hell broke lose.” Goblins and ghosts abounded, while witches celebrated their black rites as the spirits and souls of the dead roamed the earth. To frighten the evil spirits and to bolster their own sagging spirits, our ancestors created a din with bells, horns, pots and pans, (just as we still do at midnight on December 31st), and built fires to frighten the witches.

On the afternoon of October 31st, village boys would go from house to house collecting fuel for the midnight fires. Everyone was expected to contribute some peat or “coal pieces” to help burn the witches. Those who did not received dire warnings of the evil consequences that might follow.

Over 1,000 years ago Christians confronted these pagan rites of appeasing the lord of death and evil spirits. But Christians didn’t simply speak out; they tried to institute a Christian alternative. All Hallow’s Day (November 1) was a celebration of all “the holies” – those people who had died faithful to Christ.

All Hallow’s Day, the feast of All Saints on the first of November, was originally celebrated in the spring. (In fact, the Eastern Church still observes the feast on the first Sunday after Pentecost.) But in the eighth century it was transferred to November on the Western calendar, where it became the climax of the autumn season, a harvest festival celebrating all whom God has called to glory.

A Christian Look at Halloween
Halloween in our culture today has become an odd mixture of tributes to Dracula and roaming spirits, TV superheroes and comic characters, and participation in innocent harvest festivals and costume parties. Literally, of course, it is the eve of All Hallows – a preparation for the observance of the Feast of All Hallows or All Saints. That feast gives the assurance that there is a state of being that stretches beyond our life here on this earth – an affirmation of the essential spiritual nature of human life. People are made for more than can be experienced over our lifetime spent in this world.

The Apostle Paul underscores that when he writes to the Ephesians, that the highest role reserved for human beings is, as he puts it:

“To rule with Christ in the heavenly world. And God has done this to demonstrate for all time the extraordinary greatness of his grace in the love he showed us in Christ Jesus.”

So this Christian season brings us a comforting reminder that there is a destiny designed for us, assuring us of a continuing existence, and it’s a promise endorsed by Jesus when he spoke of the many mansions that he has prepared for us. Indeed, God’s love stretches far beyond death.

Of all people, Christians should be joyful. The challenge is to use the creativity of the Creator to celebrate both the light and life He brought into this world, and His victory over evil – and evil spirits – which extends into the next. We can continue to sing our songs of thanksgiving for the creation of the world, while we look forward to that everlasting New Year at the end of time, when all things will be gathered in at the Final Harvest and “God shall be all-in-all.” (1 Corinthians 15:28)