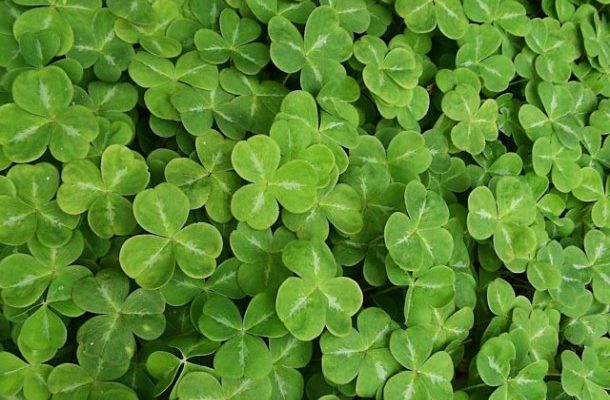 Somewhere on the northwest coast of Britain in about 390, one of the more popular saints of the Church was born into a Christian family – St. Patrick. His grandfather was a priest and his father a deacon, as well as an official of the Roman government of Britain.

Slave-traders abducted Patrick and a large number of his father’s slaves when Patrick was 16-years-old, taking them to Ireland. There he lived and suffered from hunger and cold for six difficult years, working as a shepherd. He eventually escaped and returned to Britain. Patrick was educated in Britain and France, and then entered the priesthood, later becoming a bishop. Because of a dream in which “all the children of Ireland from their mother’s wombs were stretching out their hands” to him, he announced, to the surprise of family and friends, that he wanted to go back to Ireland as a missionary.

Patrick landed in Ireland very near the place he was held captive, now known as Downpatrick. Though not the first, Patrick became the most successful missionary to Ireland. He dealt with local kings and through them reached their people. Patrick’s autobiography, Confessio, describes his encounters with fierce kings and proud druids. He Christianized primitive religions as he traveled through the country. Patrick also states in his autobiography that he was often criticized for his lack of learning – a fact that if true is far outweighed by his spirituality and devotion.

Pious legend credits St. Patrick with banishing snakes from the island,however all evidence suggests that post-glacial Ireland never had snakes. However, one suggestion is that snakes referred to the serpent symbolism of the Druids during that time and place, as exampled on coins minted in Gaul. Legend also credits St. Patrick with teaching the Irish about the concept of the Holy Trinity by showing people the shamrock, a three-leaved clover, using it to highlight the Christian belief of ‘three divine persons in the one God.’

Many legends of Patrick’s Irish missionary travels possess bits of truth, especially those telling of his conversion of the three major Irish High Kings. At Armagh, he is said to have established his principle church. To this day, Armagh is regarded as the primatial see of all Ireland.

According to Sam Portaro in Brightest and Best: A Companion to the Lesser Feasts and Fasts, Patrick’s popularity was evidently something of a problem in his own day. He was “criticized for lack of a proper education, perhaps because he relied more upon his own language and images than upon religious cliche, speaking of God from his own experiences and impressions instead of from the established canon. It would seem that popularity and personality are deemed by some gifts unworthy of holy service. This notion deserved to be challenged.”

Patrick’s power and his persuasion were his personality, a life so open and expansive it welcomed an entire nation, the whole of Ireland:

I came to the Irish people to preach the Gospel and endure the taunts of unbelievers, putting up with reproaches about my earthly pilgrimage, suffering many persecutions, even bondage, and losing my birthright of freedom for the benefit of others. If I am worthy, I am ready also to give up my life, without hesitation and most willingly, for Christ’s name. I want to spend myself for that country, even in death, if the Lord should grant me this favor. It is among that people that I want to wait for the promise made by him, who assuredly never tells a lie. He makes this promise in the Gospel: “They shall come from the east and west and sit down with Abraham, Isaac and Jacob.” This is our faith: believers are to come from the whole world.  from the Confession of Saint Patrick

Prayer for St. Patrick
Almighty God, who in your providence chose your servant Patrick to be the apostle of the Irish people, to bring those who were wandering in darkness and error to the true light and knowledge of you: Grant us so to walk in that light, that we may come at last to the light of everlasting life; through Jesus Christ our Lord, who lives and reigns with you and the Holy Spirit, one God, now and ever. (Collect for Patrick of Ireland, March 17)

St. Patrick’s Breastplate is a popular hymn attributed to him: “I bind unto myself today the strong Name of the Trinity, by invocation of the same, the Three in One, and One in Three.”