Home/Featured/Digging Deeper: The Gospel of Mark 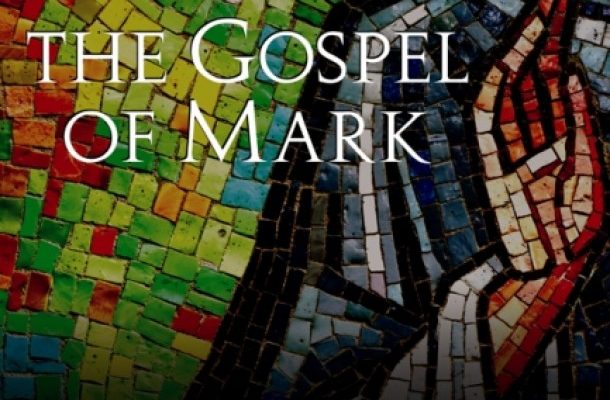 In the three-year lectionary cycle, the gospel readings for Year B are drawn primarily from the Gospel According to Mark. This is the shortest of the four gospels and the earliest to be written. Mark is the inventor of what we call a gospel, that is, a consecutive narrative account of the ministry and death and resurrection of Jesus as the foundation and model of the Christian life.

The four written gospels were the final step in a three-stage process of gospel proclamation. First, the gospel was lived out in the events of Jesus’ life and teaching (stage 1). Then, after his death and resurrection, the disciples preached about Jesus to their hearers (stage 2). Finally, the evangelists wrote their gospels by working together traditional materials “in view of the situation of their churches, and preserving the form of proclamation but always in such a fashion that they told us the honest truth about Jesus” (stage 3).

Through our reading and reflection on Mark’s gospel, we can discover how he is shaping his gospel to proclaim who Christ is and to meet the special needs of his community.

Mark stresses that the key to understanding Jesus as the Christ or Messiah is his suffering, which extends back into his ministry. He is misunderstood by his family, rejected by certain religious people, and eventually abandoned by his disciples. Feeling abandoned even by God his Father, Jesus dies alone.

Mark’s gospel was most likely written between A.D. 65–70. For the first time in its history, much of the Christian Church was experiencing persecution. In Rome, Nero blamed Christians for the terrible fire in 65 A.D.

In Palestine, the Jews were carrying out a full scale rebellion against the Roman occupying forces. Christians no doubt feared that they would be included in any punishments since the Romans did not really differentiate Jews from Christians at this time.

This persecution was a time of challenge. Would Christians give up their faith or keep it despite persecution or the threat of death? Mark’s gospel is written to help answer these questions.

Mark emphasizes that a Christian disciple is one who can take up his or her cross and follow Jesus on the way of the cross. He shows that any other claim to discipleship, for example, family ties, being one of the 12 apostles, personal knowledge of Jesus, or religious tradition, will always end in failure. Every attempt to understand Jesus apart from his suffering ends in misunderstanding.

Although Mark offers Jesus as the model for Christians who are suffering and feel themselves abandoned by God, Mark offers no easy comfort. Jesus will not return miraculously to save us from our suffering. The only solution is to take up one’s cross as Jesus did. For only by living through the suffering and death does resurrection follow. Suffering is not the end but the door to a new existence with God, who never abandons us.

Mark’s invention of the gospel form was immediately recognized as exactly what the Christian community needed. He gave Christians a new identity by showing who Jesus was—the Christ who had to suffer—and who they were as his disciples—people who were called to take up their own cross and follow Jesus.

Since Mark’s gospel became the foundation for the gospels of Matthew and Luke, it is the best starting point for a systematic study of the gospels. It should be read through at one sitting to catch its action-packed urgency before it is examined in detail.

The scripture scholar C.F.D. Moule calls Mark “a little handbook for basic Christian instruction, simple, yet brilliantly dramatic—a stark, powerful presentation of the Christian facts: not a biography, but a portrait of Jesus as the one who not only proclaimed but somehow brought with him the kingdom of God.”

Living the Good News is a lectionary-based curriculum published by Morehouse Education Resources.