Home/Epiphany/The Journey of the Magi by T.S. Eliot 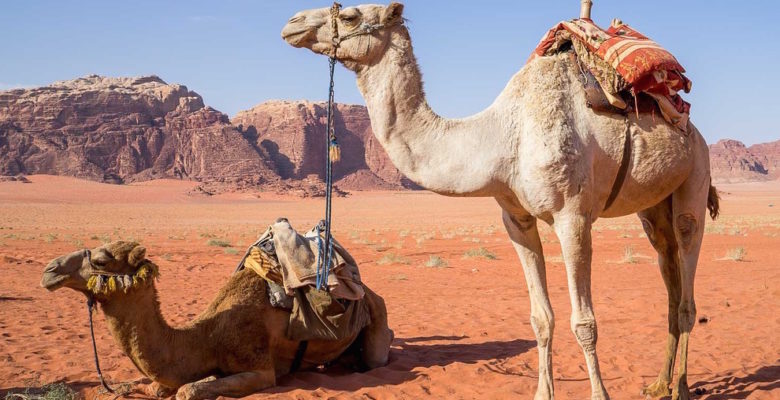 “A cold coming we had of it,
Just the worst time of the year
For a journey, and such a long journey”

Poetry and Epiphany
The Season of the Nativity lends itself to reading poetry. Think of the secular A Visit From St. Nicholas or any number of carols we find ourselves humming, even after the tree has come down. Epiphany, the end point of the Nativity story – and the beginning of Jesus’ story – also lends itself to poetry. Epiphany is somewhat elusive: do we celebrate the gifts of the Magi? Or the beginning of Jesus’ ministry? The spreading of God’s salvation to the gentiles? Likewise, Epiphany-based poems seem to skirt the issue; they reflect stars and light and possibly inner conversion, or focus simply on the gifts given to the Christ child.

T.S. Eliot’s The Journey of the Magi is different. It is the story of the journey to the Christ child and back again. But furthermore, it’s the story of what that journey does deep inside the poem’s narrator, one of the magi. Eliot published this (and other poems) around the holidays as a type of Christmas card, and in this case, during a period of deep religiosity around his conversion to Anglicanism. In writing about this poem, former Archbishop of Canterbury, Rowan Williams remarked, “Eliot never wanted to present religious faith as a nice cheerful answer to everyone’s questions, but as an inner shift so deep that you could hardly notice it, yet giving a new perspective on everything and a new restlessness in a tired and chilly world.”

In light of the Feast of the Epiphany, I suggest a reading of Eliot’s The Journey of the Magi. Here are a few suggestions:

Read it aloud!
This is not a challenging poem in meter or vocabulary. Read it once through silently and then read it aloud. A poem’s form contributes to its meaning, but that doesn’t mean that when reading it aloud you should pause at every line break. As you read, you’ll find yourself naturally pausing or coming to a full stop for a moment. Read slowly but without any affectation.

Consider what makes the poem?
Notice the form of the poem. It doesn’t rhyme, but it does have meter, or rhythm. Does it sound like anything else you’ve listened to? An interesting note: the first line is from a sermon by Lancelot Andrews, who lived and wrote at the same time as the King James Version of the Bible was being written.

The poem is in three stanzas. What is it about each stanza that is different? Why did the poet choose to divide it in this manner? In each stanza, what changes do you notice in form, in wording, or in the action? I am struck by the last word in each stanza: folly, satisfactory, death. Where does this journey lead the narrator?

What makes you wonder?
These are the types of questions we might ask ourselves after reading a passage of scripture. Did anything bring you up short? How did you feel when you had finished the poem? Did you feel differently if you read it aloud or silently? How would you feel if you were on this journey? I often feel I should be seeing this poem, rather than hearing it, particularly the middle stanza, where it appears Eliot is describing an 18th century painting of the magi’s journey.

The Journey Of The Magi by T.S. Eliot
A cold coming we had of it,
Just the worst time of the year
For a journey, and such a long journey:
The ways deep and the weather sharp,
The very dead of winter.’
And the camels galled, sorefooted, refractory,
Lying down in the melting snow.
There were times we regretted
The summer palaces on slopes, the terraces,
And the silken girls bringing sherbet.
Then the camel men cursing and grumbling
and running away, and wanting their liquor and women,
And the night-fires going out, and the lack of shelters,
And the cities hostile and the towns unfriendly
And the villages dirty and charging high prices:
A hard time we had of it.
At the end we preferred to travel all night,
Sleeping in snatches,
With the voices singing in our ears, saying
That this was all folly.

Then at dawn we came down to a temperate valley,
Wet, below the snow line, smelling of vegetation;
With a running stream and a water-mill beating the darkness,
And three trees on the low sky,
And an old white horse galloped away in the meadow.
Then we came to a tavern with vine-leaves over the lintel,
Six hands at an open door dicing for pieces of silver,
And feet kicking the empty wine-skins.
But there was no information, and so we continued
And arriving at evening, not a moment too soon
Finding the place; it was (you might say) satisfactory.

All this was a long time ago, I remember,
And I would do it again, but set down
This set down
This: were we led all that way for
Birth or Death? There was a Birth, certainly
We had evidence and no doubt. I had seen birth and death,
But had thought they were different; this Birth was
Hard and bitter agony for us, like Death, our death.
We returned to our places, these Kingdoms,
But no longer at ease here, in the old dispensation,
With an alien people clutching their gods.
I should be glad of another death.

T.S. Eliot, Collected Poems, 1909-1962 (Harcourt Brace Jovanovich, 1991). This poem has been shared here under fair use guidelines provided by The Poetry Foundation. To hear T.S. Elliot read his poem aloud, go to this link: Journey of the Magi from Poetry Archive

Rowan Williams quote from his guided tour found at The Poetry Archive.

Charlotte Hand Greeson shares her passion for formation as a manager, editor, and writer for Building Faith. She currently lives in California. She will be reading the Journey of the Magi aloud with her family this Feast of the Epiphany.

Charlotte Hand Greeson is a member of the Lifelong Learning Department at VTS, where she is the Program Coordinator for Thriving in Ministry and Launching into Ministry, as well as Associate Editor of Building Faith. Charlotte has created networks of congregational leaders through the sharing of practical resources and replicable practices for faith formation. In addition, she serves as the program manager for VTS’ collaboration with the brothers of Saint John the Evangelist, developing formation resources for the wider church. An experienced writer, curriculum developer, workshop and retreat leader, Charlotte is committed to forming faithful, skillful, and responsive church leaders. She takes seriously Paul’s injunction in his letter to the Romans to “Rejoice with those who rejoice, and weep with those who weep,” living this out in social media ministry.