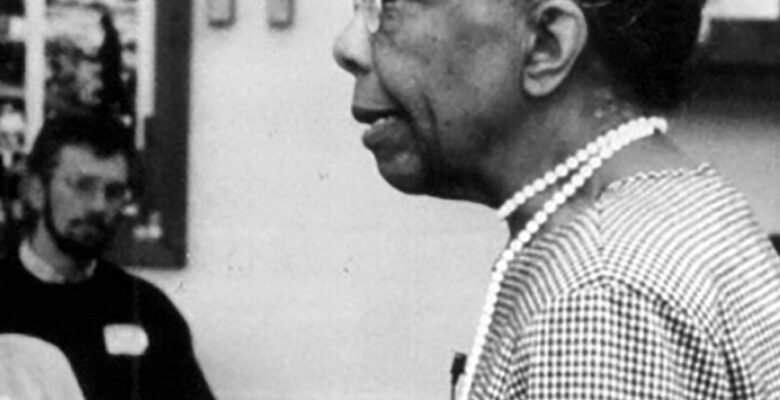 Verna J. Dozier, a teacher and Bible scholar who lived from 1917 to 2006, was a gifted lay person who was tapped by Virginia Theological Seminary (VTS) to work with its faculty in creating the theological and educational foundation for the Episcopal Children’s Curriculum (ECC).She was by profession a high school teacher and a religious educator.

A lifelong resident of Washington, DC, except for a brief stint in Baltimore, she was best known in church circles as a teacher of scripture and an advocate for the ministry of the laity. As an adjunct instructor, she co-taught two scripture courses at VTS in the late 1980s in addition to providing her unique expertise to the development of the ECC.

Many in the Episcopal Church credited Verna (as she preferred to be called) with reclaiming attention to the ministry of all the baptized.[1]She believed that Christians should know the broad sweep of the biblical story and its emphasis on the prophetic, rather than focusing on brief snippets of texts. “The public presence of Verna Dozier was commanding. Her voice was mellifluous and dramatic whether she was reading, often from memory from the Bible, reciting a poem . . . or recalling the mighty words of her favorite biblical prophet Amos.”[2]

Verna spoke at conferences, diocese, and churches throughout the United States. At an adult forum in suburban Baltimore church, she focused on practices and traditions of the Episcopal Church. During her description of the role of clergy, Verna said that the practice of weekly worship in a community of believers was one of the most important disciplines of our faith.

It is during communal worship that we get our “beat,” Verna told her listeners. At the end of the service we are sent back into the world in peace to love and serve the Lord. And so, she said, we march out together, sharing the same beat that calls us to rejoice in the power of the Spirit.

But when the cares of the world assail us, we begin to stumble as we try to keep to the cadence. Somewhere along the way, she said softly, most of us lose that beat. The church creates a place for us every week to get our beat back, allowing us once again to go forth in the name of Christ to be in the world.

Verna’s last gift to us, published just before she died, wasThe Dream of God: A Call to Return(Church Publishing, 2006). Her strong belief in the ministry of the laity lives on at VTS and the work of Lifelong Learning.