Home/Children & Family/What Does This Day Mean? Handout for Candlemas at Home 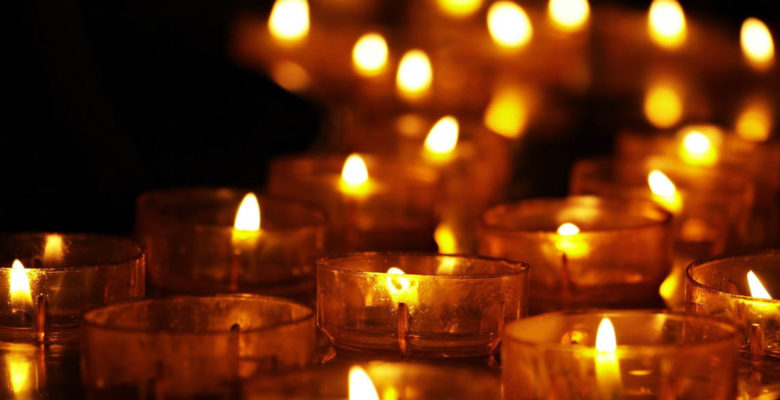 To download this beautiful resource for households that supports the celebration of Candlemas at home as a PDF, click here.

Candlemas and the Feast of the Purification, celebrated on February 2, forty days after Christmas, commemorate both the presentation of Jesus in the Temple in accordance with Jewish practices and the blessing of candles which were used in the church and in homes throughout the year. A recognition of this date as significant began in Jerusalem in the 4th century where candles were carried in procession, then blessed, lit, and distributed to the people, to symbolize bringing the light of Christ into the world.

When the time came for their purification according to the law of Moses, the parents of Jesus brought him up to Jerusalem to present him to the Lord (as it is written in the law of the Lord, “Every firstborn male shall be designated as holy to the Lord”), and they offered a sacrifice according to what is stated in the law of the Lord, “a pair of turtledoves or two young pigeons.” Now there was a man in Jerusalem whose name was Simeon; this man was righteous and devout, looking forward to the consolation of Israel, and the Holy Spirit rested on him. It had been revealed to him by the Holy Spirit that he would not see death before he had seen the Lord’s Messiah. Guided by the Spirit, Simeon came into the temple; and when the parents brought in the child Jesus, to do for him what was customary under the law, Simeon took him in his arms and praised God, saying, “Master, now you are dismissing your servant in peace, according to your word; for my eyes have seen your salvation, which you have prepared in the presence of all peoples, a light for revelation to the Gentiles and for glory to your people Israel.” And the child’s father and mother were amazed at what was being said about him. Then Simeon blessed them and said to his mother Mary, “This child is destined for the falling and the rising of many in Israel, and to be a sign that will be opposed so that the inner thoughts of many will be revealed– and a sword will pierce your own soul too.” There was also a prophet, Anna the daughter of Phanuel, of the tribe of Asher. She was of a great age, having lived with her husband seven years after her marriage, then as a widow to the age of eighty-four. She never left the temple but worshiped there with fasting and prayer night and day. At that moment she came, and began to praise God and to speak about the child to all who were looking for the redemption of Jerusalem. When they had finished everything required by the law of the Lord, they returned to Galilee, to their own town of Nazareth. The child grew and became strong, filled with wisdom; and the favor of God was upon him. (Luke 2:22-40)

Light a candle or turn on a battery-powered one. Sit with the light and pray. Simeon and Anna recognized Jesus as God-with-us and responded with praise, prayer, and by sharing the light they saw in this young Messiah. Where do you see God-with-us in your life? How do you respond? Consider how you might share light with others. You might share physical light with candles in your window, as outdoor ice lanterns, or by giving someone a candle as a gift. You might share the spiritual light of Christ in other ways -through acts of kindness or service. Even as you share with others, continue the practice of lighting your own candle to remind yourself of God’s presence in your life.

The Nunc dimittis; also known as the Song of Simeon or the Canticle of Simeon, is a canticle based on Simeon’s words in the Gospel of Luke found on the previous page which begin, “Master, now you are dismissing your servant in peace…” These words are often said as part of Compline (Night Service), the final service of the day in the Christian practice of patterned daily prayer:

Lord, you now have set your servant free to go in peace as you have promised; For these eyes of mine have seen the Savior,  whom you have prepared for all the world to see: A Light to enlighten the nations, and the glory of your people Israel. Glory to the Father, and to the Son, and to the Holy Spirit: as it was in the beginning, is now, and will be for ever. Amen.

To download this beautiful resource for households that supports the celebration of Candlemas at home as a PDF, click here.