Home/Lent/Imposition of Ashes in a Time of Pandemic 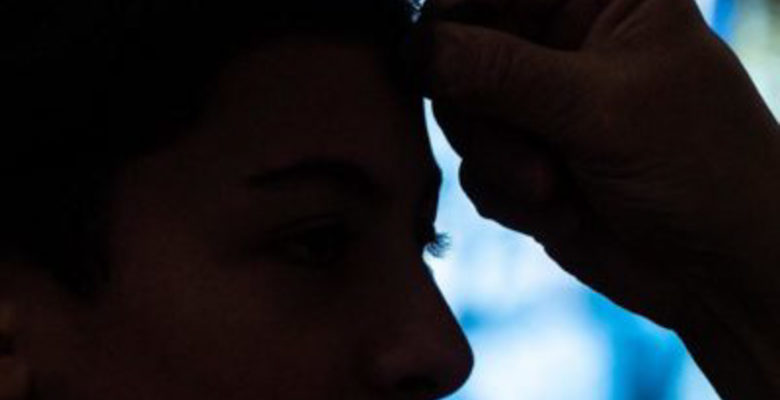 Several bishops have recently asked if I had any counsel with respect to the imposition of ashes in a time of pandemic. The implication of the questions has generally assumed that some sort of fresh and innovative solution could be found. Perhaps that is the case. Rubber gloves? Q-Tips? Imposition with immediate removal with an antibacterial wipe? All sorts of things are surely possible, but perhaps we should look first to see if the tradition has anything to teach us. I believe it does.

This is not the place for a lengthy excursus on the history and development of the Ash Wednesday liturgy and the regrettable turn that the rite took in the post-Vatican II reforms of the Roman Church which, unfortunately, the Book of Common Prayer 1979 may have followed a bit too closely. The broad outlines, but still without the detail the topic deserves, may be found here.1 In this brief note we will limit ourselves only to the imposition of ashes.

First, it is probably important to note that the Prayer Book rubric reads, If ashes are to be imposed (265). Although the present Prayer Book is the first to set forth a rite that includes the imposition of ashes, the practice was not unknown in The Episcopal Church previously. A variety of rites and practices were in circulation, some with semi-official status from diocesan bishops, while others were local adaptations of the rites of other traditions, normally the Roman. In any event, the imposition of ashes remains an optional dimension of the Ash Wednesday rite. That said, the profoundly tactile nature of the rite has become a significant ritual moment for many of our people so simply eliminating it without an appropriate ritual substitute, particularly in this time of pandemic, will surely have pastoral consequences.

The imposition of ashes is generally understood to be rooted in the enrollment of penitents on the first day of Lent.2 That practice was later expanded to all of the laity as a sign of their own repentance and of their commitment to walking the way of Lent together with those who were to be baptized at Easter or, in the case of the penitents, restored to the faith. Although that view is true enough if you are painting with a very broad brush, it does not take into account the fascinating twists and turns of the development of Ash Wednesday and the ritual practices associated with it, most notably the imposition of ashes. For example, in Rome, in the fifth century, there is clear evidence of the enrollment of penitents at the beginning of Lent, but there is no evidence of the use of ashes in any manner. This is particularly notable because by the time that Matthew 6 became the gospel for the first day of Lent, there is still no evidence of the use of ashes in the rite at that time.3

The first recorded use of ashes is in the tenth century in Germany. In that case, the penitents were sprinkled with ashes, extricated from the assembly to the accompaniment of Genesis 3:19-20 (the exclusion of Adam and Eve from the garden), from which the formula for the imposition of ashes in later centuries was derived.

What should be underscored here is that we are talking about sprinkling ashes on the heads of the faithful, not the present practice of the imposition of a cross-of-ashes on the forehead. Although it is difficult to date precisely, the imposition of a cross-of-ashes is first seen in monastic rites and was imposed upon the tonsure of the monks, not upon their foreheads, thus eliminating any difficulty aligning the practice with the Matthean exhortation not to mark-up one’s face as the hypocrites do. What we can say, however, is that even when other sources indicate that the imposition of a cross upon the forehead had become the practice not just of monks but of the whole church, the liturgical books continued to speak of sprinkling the ashes upon the heads of the faithful.

So, in this time of pandemic, how does this help us? Many Ash Wednesday sermons have made much of the ritual depth to be found in the parallel between the cross marked upon one’s brow at holy baptism and the cross marked in ashes at the beginning of Lent. Such an approach holds in tension the promises of new life associated with baptism with a reminder of our mortality present not only in a ritual action using ashes, but in the words of the formula of imposition derived from Genesis 3, remember that you are dust, and to dust you shall return.

In like manner, it is abundantly clear that the church’s first ritualization of our mortality was not the imposition of ashes on the forehead, however beautifully that may resonate with chrismation at baptism, but the sprinkling of ashes upon the heads of the faithful while Genesis 3 (remember that you are dust) and Jonah 3 (sackcloth and ashes) echoed through the assembly. That action is powerfully reminiscent of the dirt that is cast upon our mortal remains at the time of our burial.

Saint Benedict admonished his monks to “keep death daily before their eyes.” Although the realities of death are never far from us at any time, in this season of pandemic, death is acutely before our eyes far in excess of anything most of us have ever known. Speaking to that and ritualizing it with a subtle, but powerful shift in the manner in which the ashes are administered has the potential of being a rich ritual exchange with significant pastoral connotations. And, calling attention to this slight adjustment, deeply rooted in the tradition, may be its own gift to us and our people in this difficult time.

The practical considerations here are minimal. The overall shape of the rite stays in place and the ashes are blessed as usual. The difference is in their distribution: sprinkling ashes on the heads of the faithful rather than imposition in the form of a cross on the forehead. To facilitate this, ashes will need to be finely ground and dry, not mixed with water or oil which is often the practice and always unnecessary. Sprinkling will require a somewhat larger quantity of ashes and as a rule of thumb, at least two-to-three times the normal quantity of ashes will be required.

Therefore, for reasons of safety and anti-viral hygiene, let us consider for this season a return to the more ancient practice of sprinkling ashes upon the heads of the people, and in our preaching and instruction helping them make the powerful connection between the ashes sprinkled upon our heads on Ash Wednesday and the dirt cast upon our mortal remains at the grave, where even in the face of its grim realities, so intensely before us in this present time, we make our song, Alleluia, alleluia, alleluia!

2 The day upon which Lent begins is more complicated that simply saying “Ash Wednesday,” and thus suggesting that our current practice has always been the case. Ash Wednesday has been the first day of Lent, with its own rites and practices, for a very long time, but not “always.”