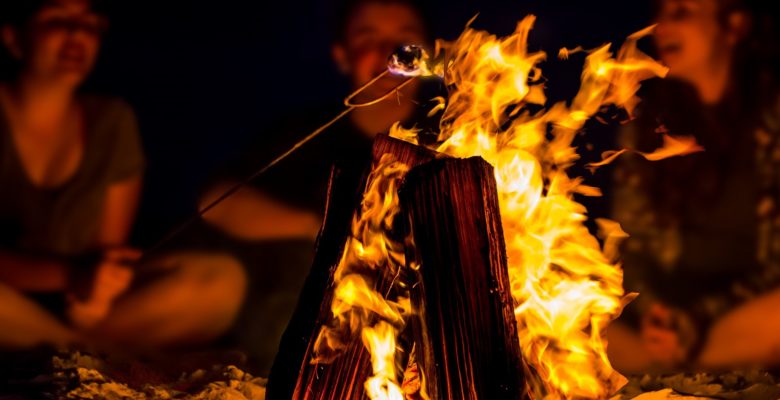 “This research is revealing the long-term impacts of camp, impacts that go far beyond a ‘camp high’ that fades quickly after the experience.”

More than 2 million young people attend Christian camps in the United States every summer. Data from the National Study of Youth and Religion indicate that 39% of all American teenagers have been to a religious summer camp at least once, and this includes more than half of all Mainline Protestants (Smith, 2005).

There is no question that Christian camps have a wide-ranging influence. The question is whether any of it matters long-term. Conventional wisdom says that any benefits fade quickly after the last goodbye; that stories of life-changing experiences are simply exceptions to the rule. What, if anything, are the lasting impacts of camp?

There is an emerging body of research that demonstrates that camp is much more than fun and games. There is something deeply significant and deeply theological happening at Christian camps across the country. This research reveals the long-term impacts of camp, effects that go far beyond the “camp high” that fades quickly after the experience.

The American Camp Association (ACA) began scratching the surface of the ongoing impacts of camp with their 2005 Directions study. They have shown that diverse camp experiences lead to growth in self-confidence, leadership, social skills, and other important elements of positive youth development. This growth persists at least six months after the camp experience.

These findings are encouraging, but they do not address the unique characteristics and goals of Christian camps. Our camps are set apart by their focus on the person of Jesus Christ and a steadfast commitment to faith formation. A 2016 survey of over 300 camps in Mainline Protestant traditions indicated that most Christian summer camps prioritize faith formation and experiences of God, even over fun!

Camp directors agreed overwhelmingly (92%) that faith practices should be incorporated into all elements of the camp experience. These are not simply secular camps that include an occasional Bible study or worship service. They are also not manipulative camps designed to elicit an emotional conversion experience.

Campers at these camps are immersed in a faith-forming environment in which the songs, games, and activities become part of a theological playground. They do not just study God or take in information about God, as they might be asked to do in confirmation class or listening to a sermon in church. Instead, they experience a life that is caught up with and dependent on God’s ongoing activity in the world. 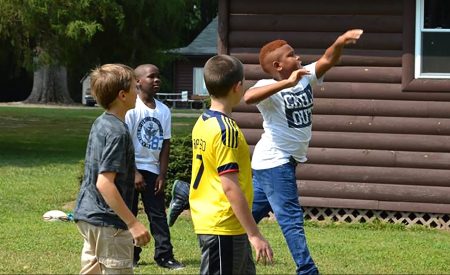 The Effective Camp Research Project is shedding new light on the distinctiveness of the Christian camp model and the long-term impacts of camp. The findings suggest that the Christian camp model consists of 5 fundamental characteristics: camp is participatory, faith-centered, different from home, relational, and a safe space. These characteristics interact in a sort of dynamic interplay to give rise to the camp experience and open the possibility for a whole series of impacts.

The findings confirm that a kind of “camp high” exists, but the evidence for long-term growth is much more compelling. Surveys of more than 1,000 campers and over 300 parents indicated that there were temporary increases in general happiness and agreement with doctrinal statements (e.g. “God created the world”), but the lasting changes had to do with the relevance of faith in everyday life (e.g. “Faith in God helps me in my daily life”). In other words, growth in what might be considered vertical faith did not last, but horizontal faith showed clear and lasting impacts at least three months after camp.

Campers’ increased interest in worship services faded shortly after camp, but their increased agreement in the value of belonging to a church persisted, along with the belief that they could turn to Christian friends or adults at church in times of need. Campers were also participating more frequently in devotional practices that sustain faith long-term: including Bible study, prayer, church attendance, and conversations with their family about faith.

A three-month impact is wonderful, but there is additional evidence from the National Study of Youth and Religion that these lasting changes continue years after the experience. Participants in the study who attended religious camp as teenagers or youth were significantly more likely in their young adult years to participate in communal religious practices like group Bible studies, college religious groups, and church attendance than those who never attended summer camp.

Even more astounding, those who attended religious summer camp as children or youth were over three times more likely to remain religious five years later than those who did not attend (Sorenson, 2014). 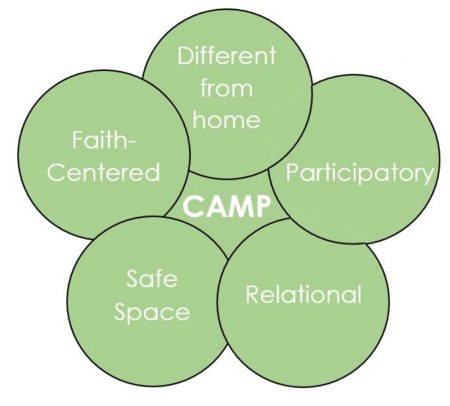 Role of Camp in Faith Formation

These findings are so compelling that they may reshape our understanding of the role of camp in faith formation. We can now say with confidence that the camp experience has much stronger lasting impacts than temporary ones.

Young people are participating more deeply in their faith months after camp is over, and this continues to affect many of them for years. They have gained something much more valuable than simple knowledge about God: a desire to be in Christian community, a hunger to learn more, and the assurance that faith makes a difference in their lives.

Whether you are a deacon, priest, youth worker, parent, or other caring adult, this information is important. Connect with young people with camp experience. Find out about their camp story. Walk alongside them and participate in the lasting impacts of camp. You can help these impacts continue to bear fruit long-term.

Jacob Sorenson, PhD is a practical theologian and researcher who has a deep interest in bringing scholarly attention to outdoor ministries. He has more than fifteen years of experience as a youth minister and camp minister. He loves spending time with his amazing wife Anna (a Lutheran pastor) and their two boys Elijah and Nathanael. He also enjoys gardening, running, singing around a campfire, and most outdoor recreational activities. Jake’s research on the long-term impact of Christian camping can be found at his effective camp website.