Home/Featured/What Adults Can Learn from Kids 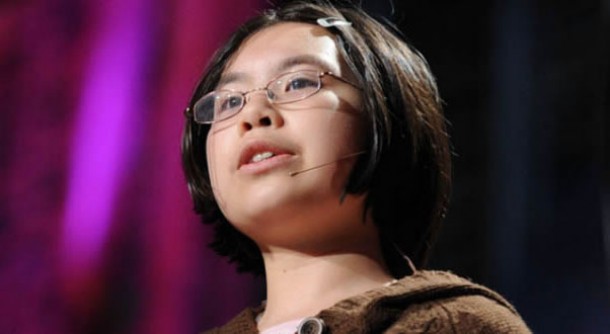 The following TED talk could be used as part of a church parenting class, or other educational setting.

Adora Svitak begins her TED Talk with:
Now, I want to start with a question: When was the last time you were called childish? For kids like me, being called childish can be a frequent occurrence. Every time we make irrational demands, exhibit irresponsible behavior display any other signs of being normal American citizens, we are called childish. Which really bothers me. After all, take a look at these events: Imperialism and colonization, world wars… Ask yourself, who’s responsible? Adults.

Now, what have kids done? Well, Anne Frank touched millions with her powerful account of the Holocaust, Ruby Bridges helped to end segregation in the United States, and, most recently, Charlie Simpson helped to raise 120,000 pounds for Haiti on his little bike. So, as you can see evidenced by such examples, age has absolutely nothing to do with it. The traits the word childish addresses are seen so often in adults that we should abolish this age-discriminatory word when it comes to criticizing behavior associated with irresponsibility and irrational thinking.

Adora offers adults some ways to teach children. Humorous and informative, this TED Talk is one every educator (and adult) should watch: Adora Svitak: What adults can learn from kids

A voracious reader from age three, Adora Svitak’s first serious foray into writing — at age five — was limited only by her handwriting and spelling. (Her astonishing verbal abilities already matched that of young adults over twice her age.) As her official bio says, her breakthrough would soon come “in the form of a used Dell laptop her mother bought her.” At age seven, she typed out over 250,000 words — poetry, short stories, observations about the world — in a single year.

Svitak has since fashioned her beyond-her-years wordsmithing into an inspiring campaign for literacy — speaking across the country to both adults and kids. She is author of Flying Fingers, a book on learning.