Home/Youth Ministry/Dungeons & Dragons: Why You Should Play It in Church 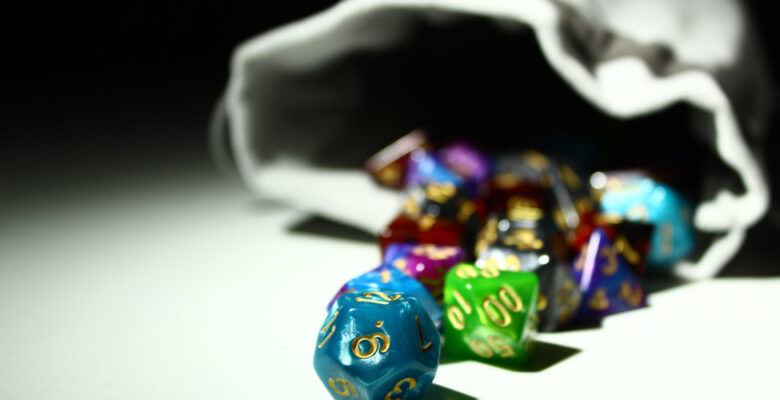 Dungeons & Dragons (D&D) is a tabletop role playing game. Think of it like cooperative storytelling that has been systematized into a gaming format. You create a character; giving them a backstory, skills, abilities, quirks and flaws. Then that character, and the ones created by your fellow players (3-6 players usually) are dropped into a world led and crafted by your Dungeon Master (DM). The DM guides the story and gives the players things and people to interact with. You might solve puzzles, fight monsters, engage in political intrigue, travel the world on an epic quest to create the world’s best cheese sandwich, or whatever your imaginations can create. This game was created in the mid 1970’s by Gary Gygax and Dave Arneson. Most games are played in sessions that range from 1-4 hours at a time. A game may take one session to complete, these are called one-shots, or they might take months or even years to finish.

So, why in the world should I play this in church, you may be asking. Well dear reader, allow me to answer your hypothetical question in the form of a story, specifically the story of Rodzal the Unsightly.

Rodzal was created by a high school student that I will call Baxter. Baxter had just come through brain surgery that required him to have half his head shaved and left him with a large scar. Think about walking into high school like that. You can imagine that he might have been feeling a bit self-conscious. When Baxter introduced Rodzal to our D&D group, the other players immediately understood the subtext of giving your character the superlative “The Unsightly.” Without missing a beat one of the other players turned to him and said, “this is like a Twilight Zone situation. Rodzal thinks that he’s not attractive because he’s an Orc. Orcs have different beauty standards than most other fantasy races, so Rodzal might be an unsightly Orc, but he’s really handsome to everyone else.” From then on, every time the party met a new non-player character (those are the ones the DM is controlling that everyone else gets to interact with) it was an opportunity for the players to hype up Rodzal, and by extension in real life, Baxter. They had a way that didn’t feel forced or awkward to remind Baxter that he was loved and worthy of love, scars and all.

Sorry, this is a question that I get asked a lot and I get a little touchy about it. A better answer would be that the satanic panic of the 1980’s gave this game a bad name. Yes, there is magic involved. And, yes, there are even sometimes demons. But this is a game. It is fantasy. No one playing the game believes this to be real. Now, if you are of the opinion that anything in the fantasy genre or that involves magic is evil, then I can’t help you. You’re not going to like this game. But if that isn’t your predisposition, and someone from that camp has poisoned you against the game, then let me be the one to tell you that we only sacrifice goats on occasion. Even then those goats must have done something awful, otherwise we would have just invited them to make a character and join the game.

More Reasons To Play At Church

Lastly, what other benefits does this have for my church? Well first of all, dear reader, you are great at asking questions. Second, there are many other benefits including, but not limited to; being cool and getting into what all the young people are doing, attracting unchurched or de-churched people who happen to be nerds (or creative types, or theatre types, or people who just like games), and building relationships by creating a space where people can both play and create together, as well as doing so in a format that is perfect for getting to know someone.

This game can be as serious or as silly as you want it to be. It is a game that has multiple versions, and the model has been recreated many times. Don’t like traditional high fantasy? Play in a Sci-fi/Space setting! Think Space is boring? Go with a gritty realistic Mad Max style post-apocalypse. Like the beach? Play a Pirate adventure! Want to enjoy the Cthulhu Mythos without the racism? There are a ton of Lovecraftian settings. The limit is your imagination.

There is a version of the game called Pathfinder, made by the company Paizo, that is completely free to use and all the basic assets that you’d need to get started are available online. This game can be played over the internet using things like Zoom, Discord, or Roll20, or you can play in person. You can go crazy and build elaborate miniature sets for your players to use, or you can play it with just paper, pens and some polyhedral dice.  This thing is versatile, and great for basically all ages. If you can read and do basic math, then you can play this game. D&D is a social and creative outlet that allows people to get to know each other and to build deep and lasting relationships. So, yeah, you should play it in church. I’ll gladly teach you how.

Revenge of the Nerd Pastor: Nerd Culture in Ministry is a podcast episode in which Ahnna Lise tells more about her experience with D&D in a faith-based context.

Dungeons and Dragons: Exercising the Divine Imagination is a fantastic conversation between three Episcopal priests on the topic.

Photo by Alperen Yazgı on Unsplash.

Rev. Ahnna Lise Stevens-Jennings (she/her) is a United Methodist Pastor currently serving in Winchester, Va. She loves D&D, board games, cosplay, going to comic con, and making stained glass. She also has a passion for doing justice and Kingdom building work. Feel free to contact her via email at ahnnalise@braddockstreetumc.org for any faith, church, social justice, or D&D related questions.