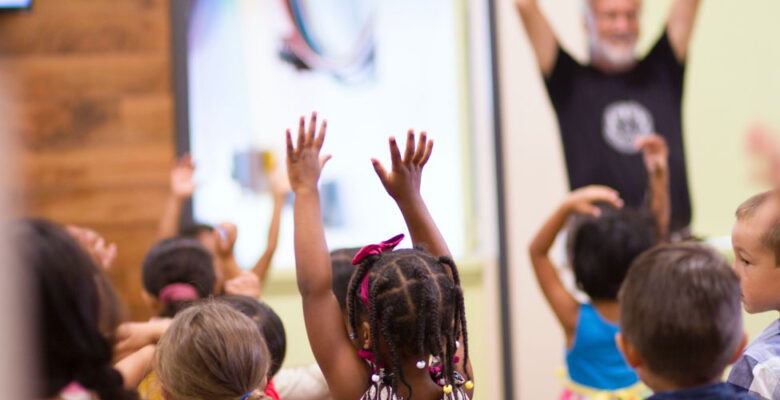 Gender, like so many other aspects of human identity, exists on a spectrum. I’m a non-binary trans Episcopal priest, and thankfully, at this stage in my life, I’m not often told I need to do things like “sit boy-girl-boy-girl crisscross applesauce around the rug so class can get started.” Where would I go? The middle? Outside the circle entirely?

I’m old enough and secure enough in who I am to joke about this, but many of the children who we are blessed to have as a part of the Body of Christ, are not yet. Children who are questioning their own gender, or who already identify as something other than the sex they were assigned at birth, may have to smoosh an important part of themselves down into a little box and outwardly identify as someone they’re not or often (sadly) face ridicule and bullying for being brave enough to live their truths.

The Gender Binary Hurts All Of Us

Most of us grownups, myself included, were raised with a much more rigid attention to gender than our kids today. As the oldest of four siblings and with three younger brothers, I was told over and over that I couldn’t do things because “that’s only for boys” or “it doesn’t look good for girls to do this.” Lest you think this was long, long ago—this was the 90’s in suburban Connecticut.

I’ve had to do a lot of unlearning for myself, to realize that clothes, haircuts, activities, and hobbies aren’t gendered in and of themselves. We only think they are because that’s what we’ve been told. As one of my college professors put it, “the patriarchy hurts all of us.” Just as I was told that I couldn’t learn how to ride a dirt bike, so many young boys are told they can’t play with dolls or like unicorns or wear skirts. All of us, created in God’s image and likeness, are both-and creatures. Trying to fit human beings in all their glorious diversity into either-or boxes does everyone a disservice.

There are so many ways that we can invite children into safer spaces when at church or in Christian formation settings. Here are some starting places:

I may be non-binary and trans, but that doesn’t mean that I know all that there is to know about how our children and youth—or anyone else for that matter—experience gender. If you’re curious about something a young person says, politely ask what they mean, and keep an open mind. Breaking down the harmful ideas and binaries that many of us have been taught in our own minds and selves is the hardest, and most important, part of the work when it comes to helping our children feel safe, secure, and comfortable about being exactly who God created them to be when at church.

Photo by Erika Giraud on Unsplash.

The Rev. Rowan Larson is a priest in the Episcopal Diocese of Massachusetts. Their ministry focuses on Christian formation for all ages, but especially children, youth, and families. When not at Grace Church in Newton, Rowan is likely to be at their barn riding horses, playing Dungeons and Dragons with a group of their clergy friends, or happily crafting away.