Home/Youth Ministry/Guiding Teenagers in Lent: Give Up on Giving Up? 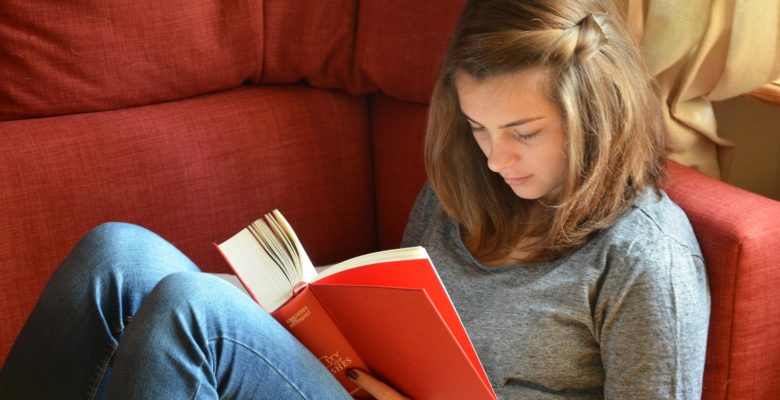 “I truly believe there can be tremendous spiritual growth during an intentional period of sacrifice and denial. But I wonder if this is always the best approach for teens.”

When you ask a group of young people what they think about a Lenten spiritual discipline, their first answers are likely to involve what they plan to give up; their efforts to prove to God what they are willing to sacrifice for their faith. We adults often shortchange Lenten practices the same way – naming something we will do without for 40 days as a way of claiming some plateau of faith, without really thinking about spiritual growth.

Sometimes our plans are a bit self-serving. Over the years I’ve heard of a decision to give up chocolate, because of a preference for Sour Patch Kids. One young person gave up video games because he had completed all the current levels of his favorite game and the next edition wasn’t due out for months. In both cases, the discipline was perceived to be a significant challenge and the disciple was trying to ease the sting.

I’ve also heard adults say they would give up Starbucks or some other pricey treat, in order to save money. Or stop eating dessert, in hopes of losing a few pounds. Once again, there is acknowledgement that discipline is difficult, but that it can be achieved by focusing on the anticipated reward at the end. How this serves God is undefined.

Growing Closer to God in Lent

I don’t blame teens (or adults!) for trying to take the edge of a difficult practice. Sacrifice adds stress to our hectic lives; denial can breed frustration and even resentment. Which makes me wonder, is that what God asks of us? To make our lives more complicated in His name?

Don’t get me wrong, I truly believe there can be tremendous spiritual growth during an intentional period of sacrifice and denial. But I wonder if this is always the best approach for teens as they are building the foundations for lifelong faith. Many teens haven’t really considered why they would give something up. They’ve just always done so. Because Lent means “giving something up.” In order to help them move into a Lenten discipline with true spiritual growth, I ask them a series of questions:

1. “Why do we practice a Lenten spiritual discipline?”
In other words, what is our reason for giving up or taking on in Lent? Answers usually range from “I have no idea,” to “To prove what I’m willing to sacrifice for God.” I rarely hear the answer I hope for, which is, “To grow closer to God.”

2. “What does it mean if you fail in your practice?”
If you fall short in your Lenten discipline, how will you feel? How do you think God feels about you? What happens when you eat that entire bag of Hershey kisses? What happens if you resume playing Candy Crush two weeks before Easter? Often young people are very hard on themselves and feel their failings acutely.

For anyone to experience a sense of having “failed” God over something as innocuous as 15 minutes on a video game breaks my heart. As young people are growing into themselves and growing into their faith, I always want to err on the side of emphasizing the love God has for them. Regardless of whether or not they ate the contraband Hershey Kisses, I want them to know God loves them unquestioningly.

3. “What might you do that will help you grow closer to God?”
I want teens to know the boundless love of God and to form a more profound relationship with Him. I suggest that instead of focusing exclusively on self-denial, a good Lenten approach might involve any intentional, regular action which helps them draw closer to God. This can take the form of “giving up,” or it can involve adding something. So long as it is regular and intentional, and it helps them to move closer to God, it makes sense.

4. “Should your practice be more inward or outwardly focused?”
It helps for teens to realize that we all come to God on different paths. A commitment to prayer or Scripture reading is an inward-looking practice. Another person might draw nearer to God through a more outward-focused act of daily generosity or kindness; or a decision to increase church attendance or participation in a faith community.

Supporting Teens in their Lenten Disciplines

Having more fully explored the idea of a Lenten spiritual practice, a young person may still decide on giving something up. We should support this. For example, one teen attempted a vegan diet because her reverence for God’s creation made her uncomfortable eating meat. She decided to use Lent as a time to change her dietary habits, accompanied with prayer, in consideration of making a permanent change. Others have given up something, or better yet, transferred or transformed a practice. Rather than spending $4 on coffee, they saved the money and donated it to the food bank.

Self-denial has its place, as it can help enhance an already mature or growing faith. Just remember that for many young people, Lent isn’t automatically a time to give up… or to worry that God will give up on them if they fail! Lent is a time to connect more deeply with God, and to know that they are loved.