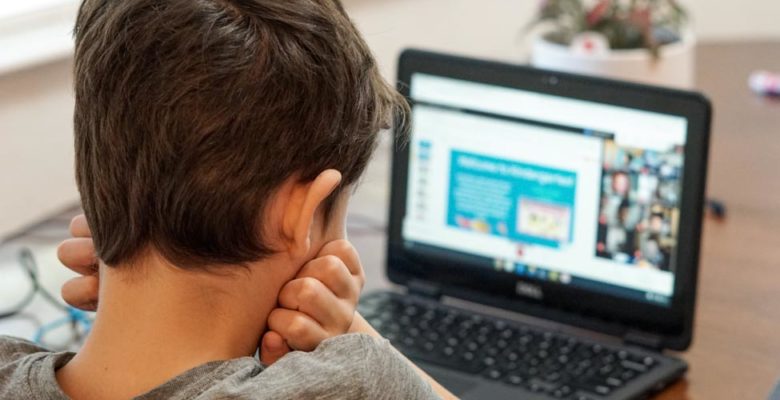 Drama – with kids; kids and youth; or all-ages – was a common part of our parish life before Covid. Back in March when I was asking myself, How do we keep feeling like St. Dunstan’s during this time? I recognized that finding a way to do drama was one way to continue our unique traditions. Since then we’ve done the Story of Balaam; a multi-scene Tale of St. Dunstan for our feast day; a five-part Story of Joseph for our Vacation Bible School; and more—we’re about to do a funny script based on the complaining stories from the Exodus wilderness journey, which some of the kids helped me write!

Some of our drama were produced “live” on Zoom and the Tale of St. Dunstan was compiled from scenes that households pre-recorded and sent to me for editing (check it out here). These tips pertain to drama recorded using Zoom, which will be presented in liturgy/formation sessions or shared with the congregation at a future date. If you’re curious about some of the pros and cons of each format, read more here.

Auditions: I know my kids pretty well, so I don’t hold auditions, but I do check in now and then about what kinds of parts they’d like, and I do pay attention to kids growing and changing.

Open Invitation: I have a core group whom I know enjoy drama and do it well, but when starting something substantial, I also send an “open call” email to ask parents of kids who haven’t participated yet if they’d like to get involved, and if so, what their kid would enjoy and be able to handle.

I try to give every kid a part who wants a part, proportional to their skill and availability. It’s worked out well so far. Sometimes I split one character into two, or have two Narrators (for those who’d rather narrate than act), in order to have enough roles. Or sometimes I combine—in our Joseph cycle, we only had four brothers, which was plenty to cover all the necessary brother drama and dynamics!

Privacy & Security: Make sure parents and kids understand that you’re recording the drama to present to the congregation. If you want or expect to share it with a wider audience, get permission to do so. I feel that the “people with the link can view this” level of security on YouTube or Vimeo is secure enough—that makes it easy for the congregation to view it or for parents to share a link with extended family, but it won’t be stumbled on by outsiders. I also don’t list kids’ last names in the credits.

Memorizing: I do not ask anyone to memorize. It’s fine to act with a script in hand, whether we’re in person or on Zoom. I do ask them to mark their part, read over it a few times, and practice expression and using their big voices.

Costumes: You can suggest light costume based on stuff people have around. I’ve also dropped off more unusual or specific items of costume. For example, two matching robes for the Joseph story, one for Joseph to wear and one that was torn up and “bloodied” for Joseph’s brother to hold up.

Integrating High Schoolers: This may depend on your particular crop of kids and their relationships, but I have found that if I’m going to invite high schoolers to be part of the cast along with younger kids, it helps to have them in parts where they’re a) together and b) a little set apart from the rest of the cast. Some recent examples: The two oldest brothers in the Joseph story; the Magi in a pageant. Even on Zoom, where they aren’t hanging out together between scenes, this seems to help their willingness to participate.

Setting: Check the Zoom recording settings. You want to make sure you have “Record active speaker” checked. If you only record gallery view, you’ll see everybody all the time, and won’t zoom in on the current speaker.

Experiment: Make sure you have permission to record, on whatever Zoom account you’re using. Find the settings and do a test session with just yourself. You may have to choose between recording on your computer or on the cloud. I record to the cloud & then downloaded later.

Recording With The Cast: Gather kids on Zoom at the appointed time. Here is my tried and true format: Read-through; Notes; Record. This tends to take about 40 minutes, though of course it depends on script length.

If You Don’t Have Time/Capacity to Edit
Just start the recording, then you may want to say something like “The Story of Joseph, Chapter 1,” so that your first speaker has a nice clear cue to begin. If anyone misses a cue or fumbles a line, just keep going and make the best of it. Kids will quickly get frustrated and tired if you re-do stuff.

If You Do Have Time/Capacity to Edit (I strongly recommend this; it doesn’t take long once you’ve gotten the hang of it and really takes some pressure off the recording process!)

The Rev. Miranda Hassett is the rector of St. Dunstan’s Episcopal Church in Madison, WI. She lives in Madison with her family. She is passionate about intergenerational worship, and makes jewelry in her spare time.